The National Weather Service issued a Winter Storm Warning for all of Southern New England and a Blizzard Warning for most of the Massachusetts coast as a nor’easter churns through the region Tuesday.

The service said that the third storm to hit the region in less than two weeks “will deliver significant accumulating snow, strong to damaging winds, [and] coastal and marine impacts.”

The warnings are in effect through 8 p.m. Tuesday.

“Snow is ongoing and will move out late this evening,” service forecasters wrote Tuesday morning. “Strongest winds will be across the Cape and Islands as well as the eastern [Massachusetts] coast. Area of concern is across Cape and Islands where heavy wet snow along with strong, damaging winds could lead to downed trees & power outages.”

Forecasters issued the Blizzard Warning for the Massachusetts coast, where winds of more than 35 mph are expected to create less than a quarter-mile of visibility for “a prolonged period of time.”

[540pm] We currently have Winter Storm Warnings AND Blizzard Warnings up for Southern New England. Make sure you know the difference! pic.twitter.com/01tvHZxtT1

Below, five maps from the National Weather Service outline the watches and warnings that have been issued for the storm, along with a summary of the greatest impacts by region: 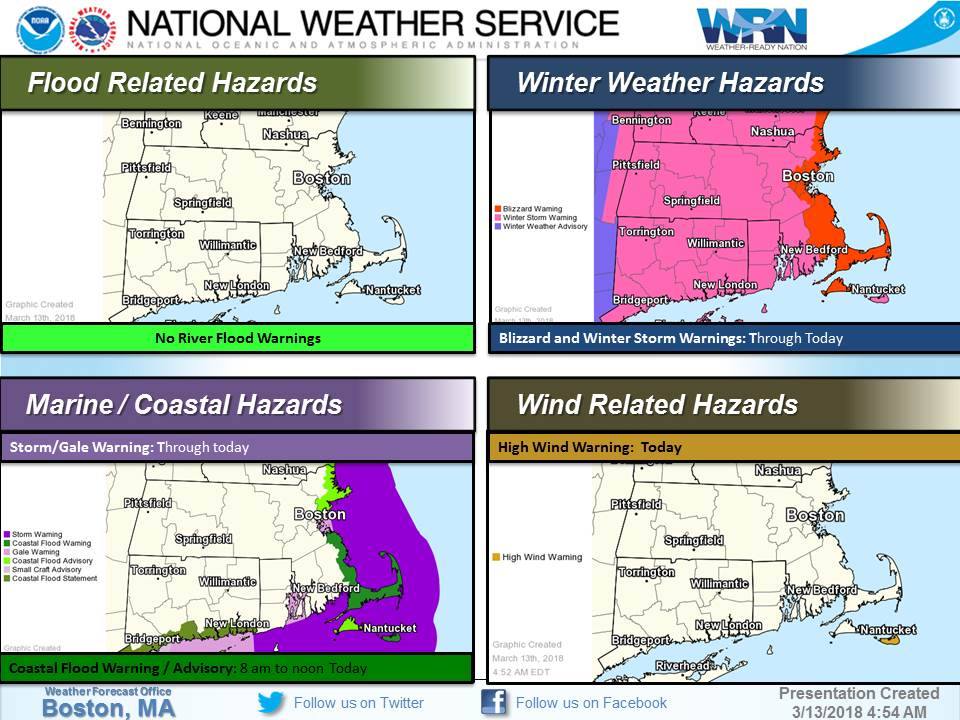 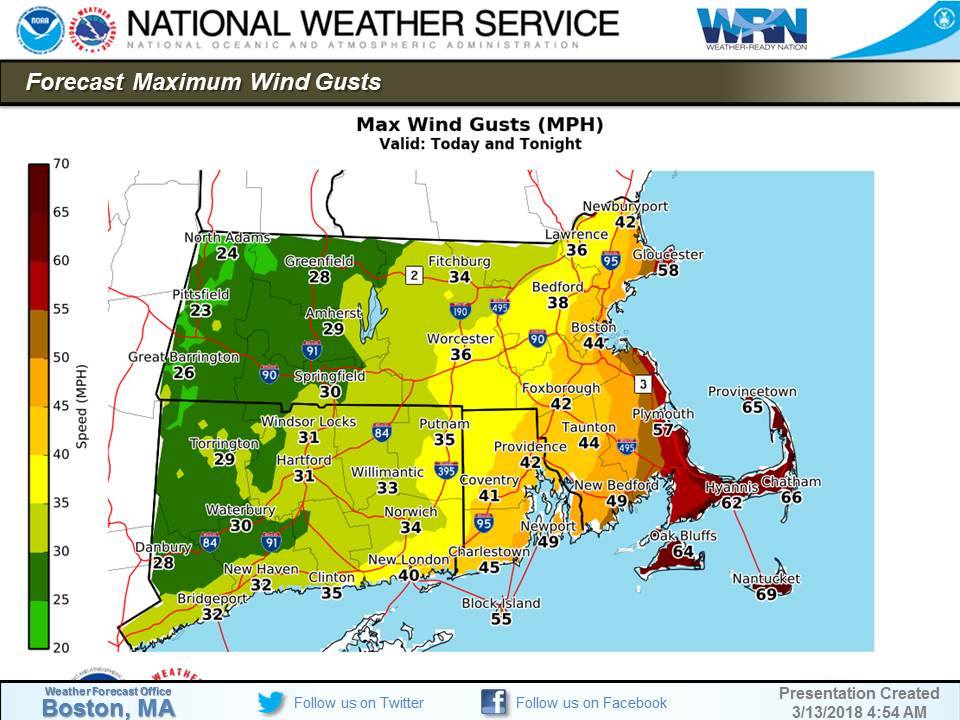 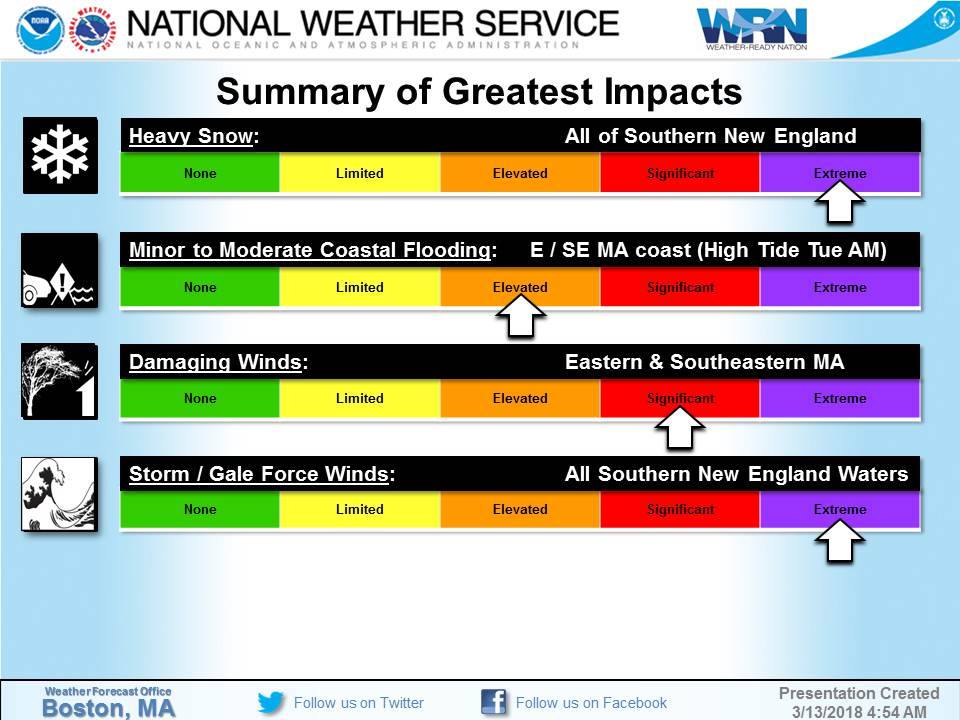 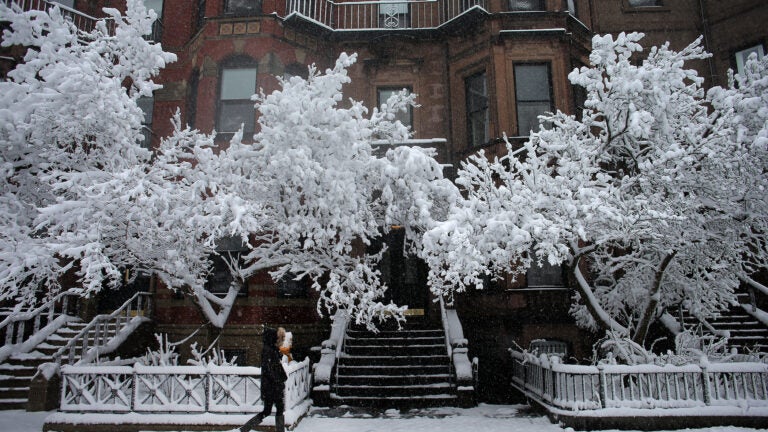