If you weren’t following the latest changes to the forecast Wednesday afternoon and evening, you were probably surprised to find almost no additional snow on the ground this morning.

I can tell you with a lot of certainty that it’s very frustrating for any meteorologist to miss a forecast, but it’s also humbling. It’s just a fact of the matter: The atmosphere is incredibly complicated and always will be.

Meteorologically, the storm never really got its act together because too much dry air ate away at the precipitation shield on the northern and western flank.

[430 AM] Dry air and marginal temperatures continue to eat away at our snow bands early this morning. ? This has resulted in a significant reduction in snowfall amounts. Still expect wet roads for the morning commute. Latest snow maps here: https://t.co/luQMM2B4gU pic.twitter.com/XqF18vbl7A

However, there was significant snow not too far away. In New York City, for example, some spots got more than a foot of snow.

That was the potential here in Southern New England if the axis of heavy precipitation had tilted more toward the northwest.

Of course, there are always computer models that we all use to guide us, but, frankly, their performance hasn’t been as good in the past few weeks.

Although the models successfully understood a storm would form, they did a poor job of placing the precipitation within the storm. I suspect the unusual blocking pattern that we are in is throwing the models for a loop.

While the European model did a better job forecasting this system than other models, it also was way overdone. But in other recent storms, other models have outperformed the Euro, so it’s dangerous to just follow one.

For example, if we had believed the NAM model on Wednesday morning, we would have forecast 10 to 15 inches of snow in Boston. This model accurately predicted the amount of snow seen in New York, but it arced the precipitation band way too far to the northwest.

Good forecasting means using the models as a tool, rather than following them directly.

When I started pulling back on accumulation Wednesday afternoon and evening, my forecast was still going against the guidance.

There’s a saying that “the trend is your friend,’’ and, to me, the trend started becoming quite clear with the information that came in Wednesday afternoon.

This is looking less impressive with each new piece of data. I hope no one is going to be disappointed if I need to move amounts lower. pic.twitter.com/ovcAkXmLV4

Some storms are just handled by the models worse than others.

Case in point, even as late as early Thursday morning, the European model was still insisting a lot of snow would fall over southeastern Massachusetts — up to 9 inches. This is why you can’t look at these maps and just make a forecast. 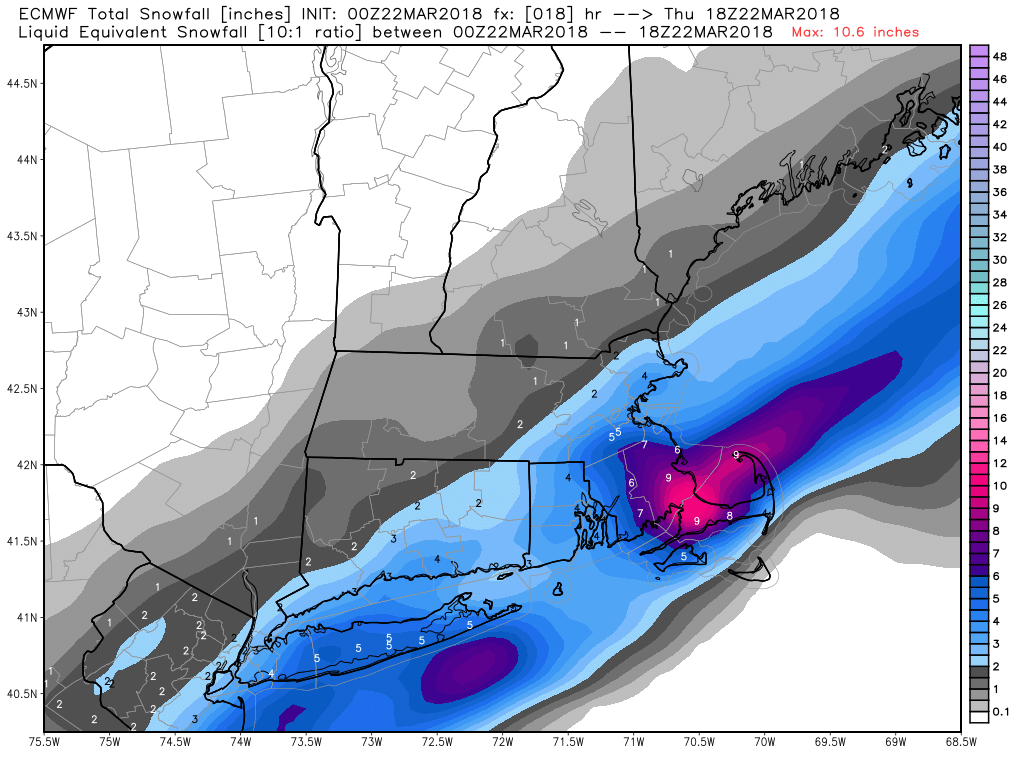 No one likes to be wrong in any industry.

Part of forecasting the weather is accepting you can’t always get it right, and sometimes, you’re going to get it really wrong.

Now it’s on to the next challenge. Frankly, I’d like to start forecasting some sunshine and warm weather. 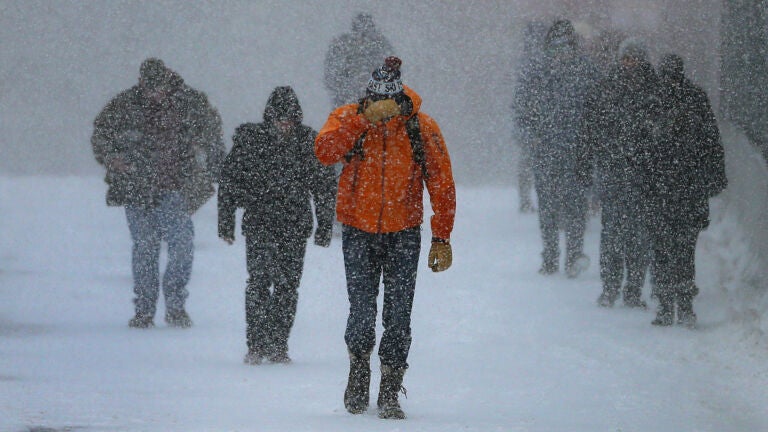 What forecasters are saying about the timing and impacts of the snow, wind, and rain