There is, believe it or not, snow in the forecast for Monday.

During this time of year, most of us don’t want to see any more snow. But it’s not that unusual to get snow in April, especially the first half of the month.

On Sunday night and Monday, a low pressure area will scoot south and east underneath New England. We will be on the northern fringe of that, and, with enough cold air in place, precipitation will fall in the form of snow on Monday.

Snowfall accumulation in April will differ depending if the surface is grass or pavement.

After a mild weekend, the asphalt will be warmed up and there’s no more frost in the ground at this point. That means that the snow will melt on the roads, particularly after mid-morning. On grassy surfaces, 1 inch to 2 inches of snow could accumulate Monday morning.

There is a still a chance the system will move a bit farther north and gives us an inch or two more, but Monday’s weather promises to be a psychological hit more than anything else. 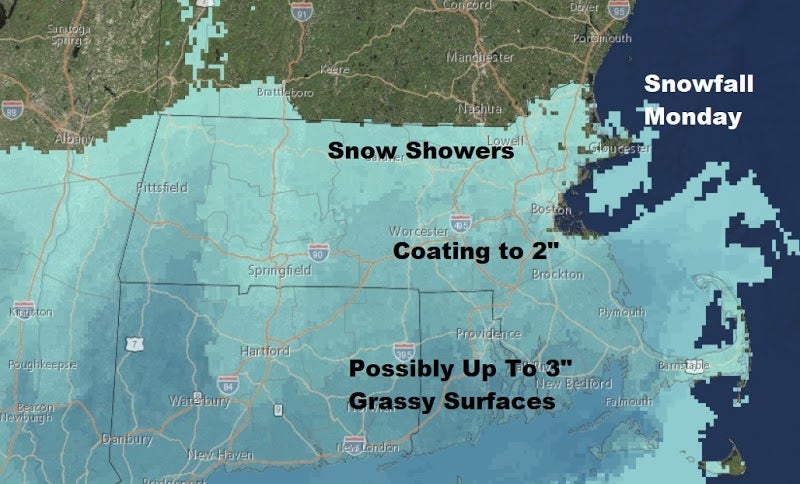 After the snow stops Monday afternoon, the weather is going to remain unsettled and quite chilly for the rest of the week. High temperatures Monday will be be below average, staying in the lower 40s. 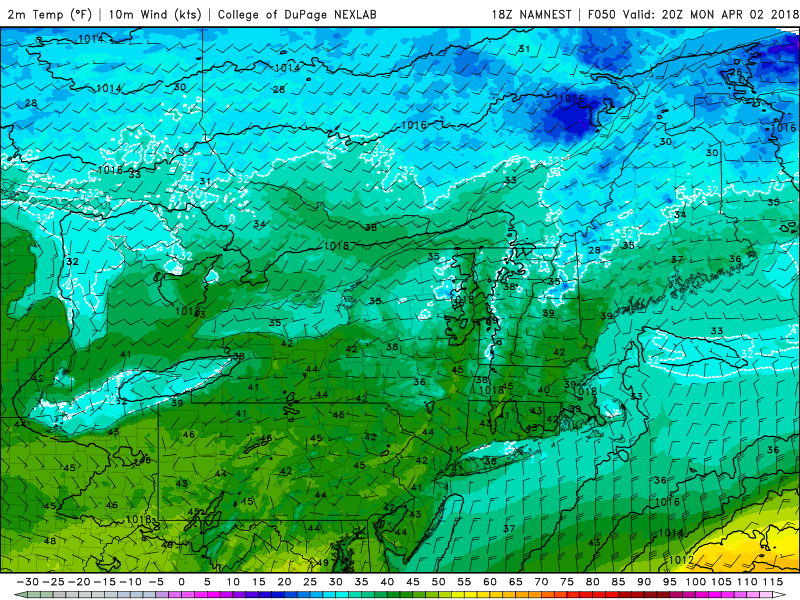 We will have a mild day on Wednesday, but it will be back to the chill for the end of the week.

There’s a chance for more rain or snow late in the week, after another air mass of colder-than-average conditions moves into the region.

I think we’re going to have to wait until sometime later in April before we really get into prolonged spring-like weather.

Many of the models have been advertising the fact that the start of April would be colder than average with the potential for snow. This has been a consistent theme for several weeks and indeed it does look like we should all mentally prepare for a lack of warm weather as we start the month. 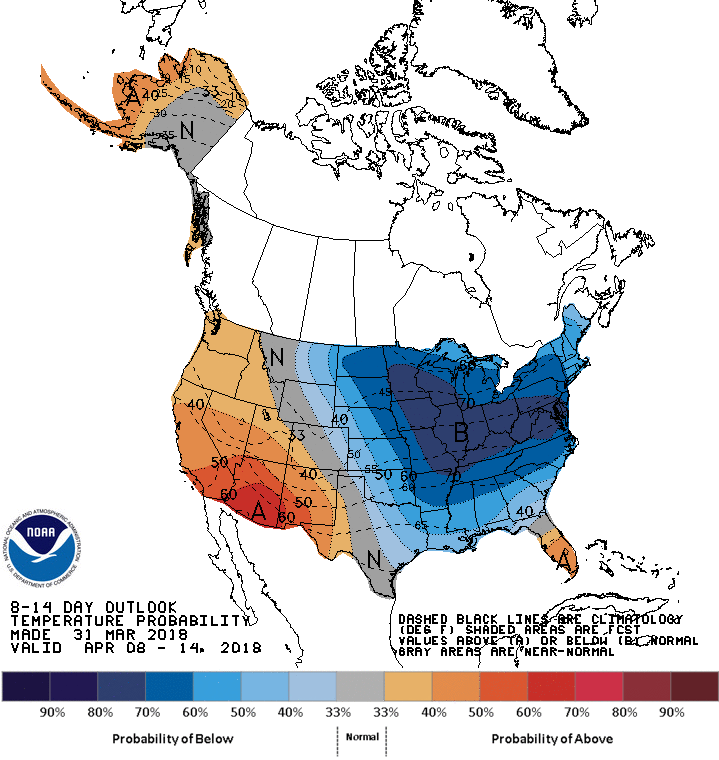 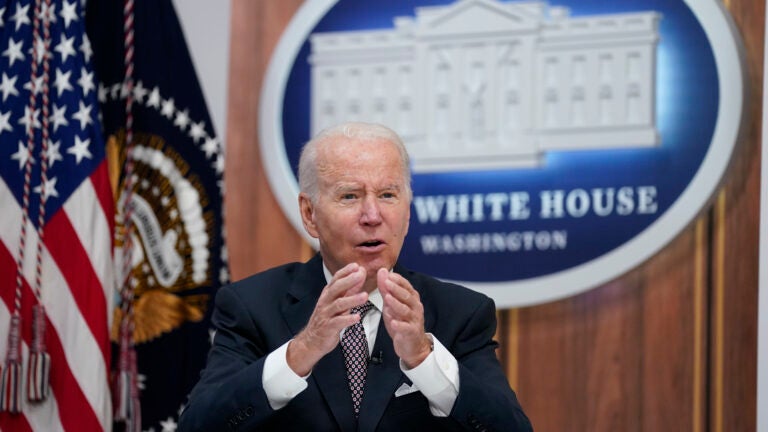