A few more inches of snow are expected to arrive Wednesday night in southern New England.

“Light snow develops from west to east through 8 pm,” the National Weather Service said Wednesday afternoon. “Heaviest snow occurs from 10 pm to 4 am, but ends by 7 am [Thursday] in most locations, but may linger through 9 am on the eastern MA coast. Snow [accumulations] of 2-4″, but a band of 3-6″ possible near the MA turnpike.”

Here are seven maps from local meteorologists predicting how much it’ll snow in the region. 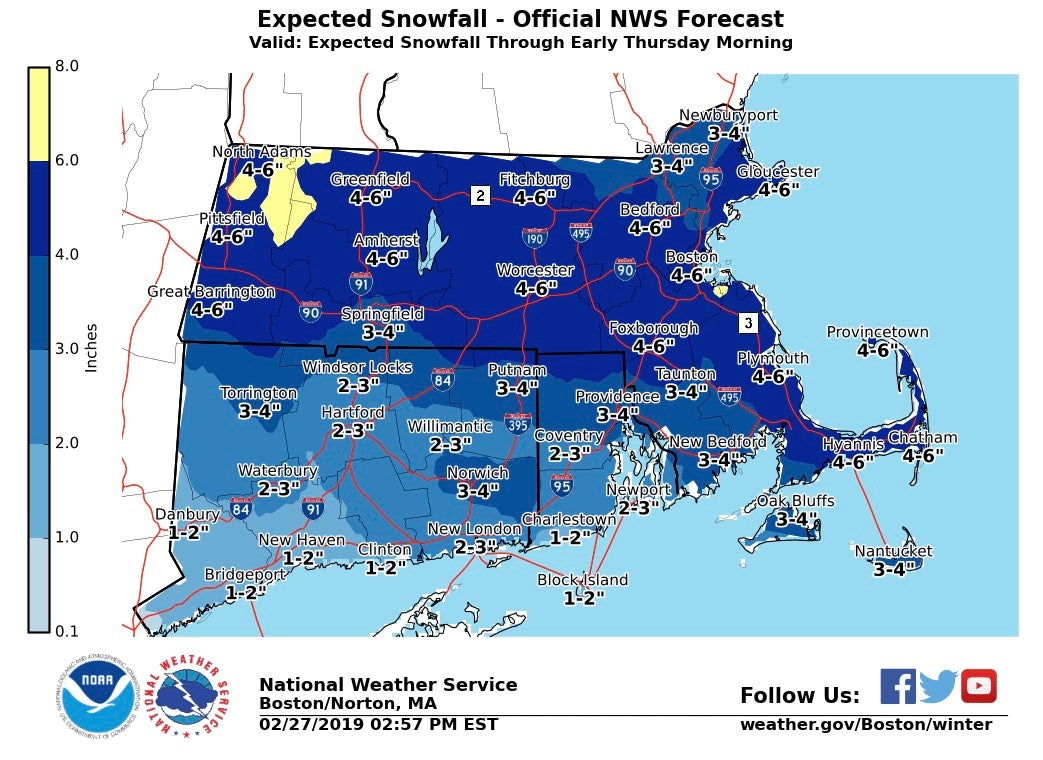 I think it’s smart not making the call on school delays until morning. Light fluffy stuff over by sunrise. Dropping amounts. 4″ would now be top in scattered areas. pic.twitter.com/M2Etkrav3M

It looks like that blast of snow tonight will move into #MA after 6pm, making for slippery travel overnight and possibly for tomorrow’s morning commute. Expected totals have inched up a bit, too: https://t.co/2Ix61irP3M #MAWx #WCVBSnow @wcvb @Met_CindyFitz pic.twitter.com/aBLyQYI65o

Snow moving in and filling in overnight… this much pic.twitter.com/GRmFloEc3Y