If the forecasts for first week of March are verified, one of the coldest weeks of the winter season, compared to normal, is on its way.

At peak, it will feel more like midwinter than early spring for much of the Lower 48.

“The most unusually cold air in the Northern Hemisphere is set to nose-dive into the U.S. to start March,” tweeted Ben Noll, an atmospheric scientist based overseas.

The most unusually cold air in the Northern Hemisphere is set to nosedive into the U.S. to start March ?️ ?

Perhaps Mother Nature’s worst is yet to come this winter ? pic.twitter.com/gHyouBnTQC

What that means on the ground is that large portions of the north-central U.S. could struggle to get above zero, with widespread nighttime lows in the minus-10 to minus-20 range a decent bet in that same region. It’s also possible that every state except perhaps Georgia, South Carolina and Florida will face high temperatures at or below freezing during the stretch

On Tuesday, DTN Weather, a provider of data and forecasts, highlighted the widespread nature of the massive cold snap slated to enter the Lower 48 as March gets going.

Cold air that has been focused across the High Plains this week will begin to spill further south and east to kick off the beginning of March. Temperatures will run 20-30 degrees below normal in spots. #ThinkWeather pic.twitter.com/73kED4DHqJ

Some locations seem likely to end up even colder than 30 degrees below normal. While the forecast highlighted above is still at a range where confidence in details remains on the low side, it is also very impressive for a five-day average, one that will smooth some of the extremes seen during shorter time scales.

Around March 4 or 5, there could be a day or two with temperatures 20 to 40 below normal encompassing about one-third of the country, or from Montana to Wisconsin in the north and then sweeping south across most of the central U.S. between the Rockies and Mississippi River. The cold ultimately makes it to the Mexico border with Texas and into the Gulf of Mexico.

A very #COLD start to the day across the nation! The well below normal temps are expected to continue into the beginning of March. Keep your winter jackets handy! #wiwx #whereisSpring pic.twitter.com/EsqRA4KzhM

In addition to the cold being extreme for such a late date in winter, it is also expected to impact an unusually large part of the contiguous United States. Brian Brettschneider, a climatologist from Alaska, points out the 90 percent odds of below-normal temperatures over one of the greatest portions of the country since such forecasts began in 2014.

Today’s CPC 6-10 Day Outlook has the 2nd largest area with a 90% probability of below normal temps since 2014 (when 90% probabilities became widely utilized). pic.twitter.com/ogiusOPhjC

Some places are waiting for the big cold to arrive. Others continue to live it.

Even before the advertised Arctic outbreak to come, much of the north-central portion of the country is already dealing with an extra deep kind of freeze. In Montana, for instance, wind chills below zero are anticipated for much of Tuesday.

Actual temperatures were near or below zero for lows in the Dakotas, Montana, Minnesota and Wisconsin on Tuesday morning. Single digits stretched well south into portions of Oklahoma and Texas.

Although the early March Arctic onslaught is set to impact much of the Lower 48, the worst of its cold seems likely to fit into a similar pattern seen of late.

The general story of the past several weeks has been of major to extreme cold being centered on the northern Plains region, and easing slightly heading west and east. The difference from normal temperature maps so far in February shows that idea well. A huge chunk of real estate is 20 degrees or more below normal, which is truly exceptional on a monthly time scale.

A place such as Great Falls in Montana, just to the east of the continental divide, is running a whopping 27 degrees below normal for the month of February.

Difference from normal temperatures so far in February. pic.twitter.com/Xk7MS6HeP8

Great Falls broke another record low Tuesday morning, with a reading of at least minus-22. The average temperature there is about minus-1 this month to date. That’s the second coldest February on record for the city, and the coldest since 1936, when observations were taken at a different location nearby. Third place there is an incredible 10 degrees warmer!

Although Great Falls might not get its coldest February ever recorded, it is still a remarkable chill compared to recent history. A number of other locations nearby, like Rapid City in South Dakota, are testing similar marks. The upcoming cold spell should again target these areas with some of the harshest conditions.

While long-term ideas into mid-March tend to show warmer and more stable conditions returning to the southeast in particular, there’s seemingly no immediate end to the persistent cold pattern in the north and northwest any time soon.

Here’s what the National Weather Service in Boston is saying about early March:

[First Week of March] Fairly high confidence in below normal temperatures for the first week of March. Precipitation threats remain considerably more uncertain next week, dependent on how close to the coast a few waves of low pressure track. pic.twitter.com/i6dTV1X7U4 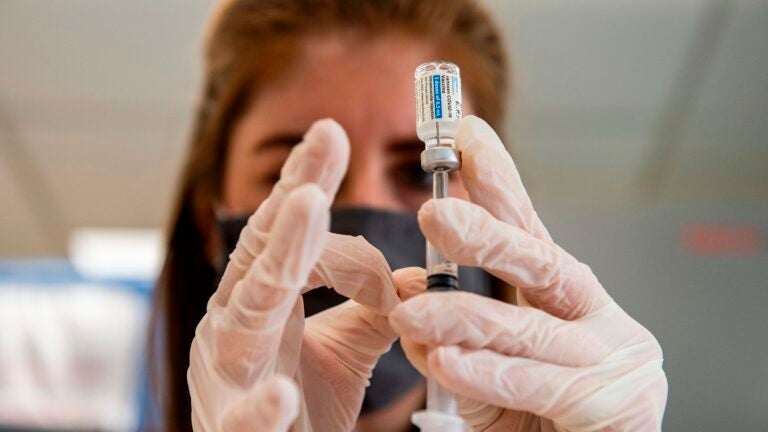 Ashish Jha is ‘concerned’ about the delta variant in the U.S. Here’s why.