Massachusetts is under a Winter Weather Advisory as snow is forecast to roll through the region from Wednesday night into Thursday morning, according to the National Weather Service.

The city can expect to see about 3 to 4 inches with locally higher amounts, according to snowfall maps from the service and other meteorologists. Locales along the Massachusetts coastline, such as Gloucester, Plymouth, and Provincetown, could get 4 to 6 inches; the same goes for areas in the central and western parts of the state, including Worcester.

When ‘steadier’ snowfall is expected to start and end: 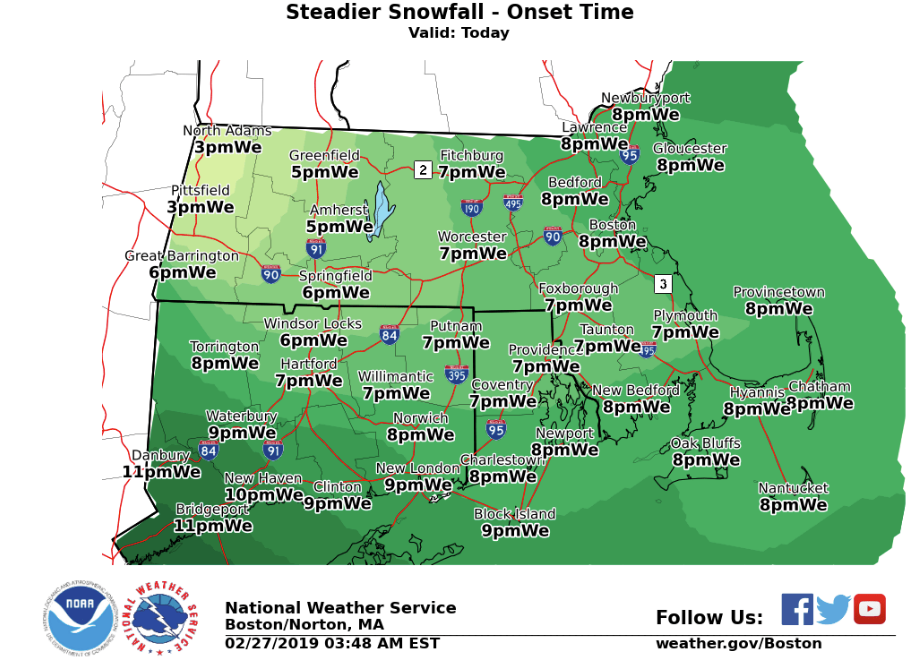 The steady snow is expected to end at approximately 6 a.m. in Boston, the service said. 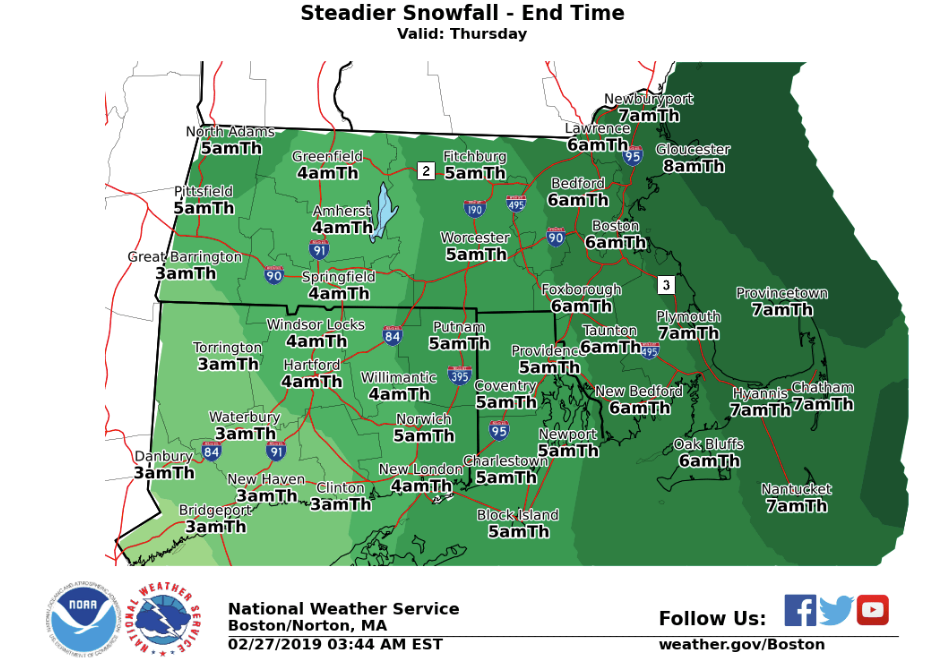 When steady snow is supposed to end on Thursday.

What to expect on the roads:

Roads conditions will be “fair” around 9 p.m. Wednesday but poor overnight, Chris Lambert, a meteorologist with 7 News, tweeted. He expects main roads will be “fair” during the Thursday morning commute, with conditions improving at approximately 9 a.m.

“Most accumulation will wrap up 7-10 a.m. tomorrow,” she said on Twitter. 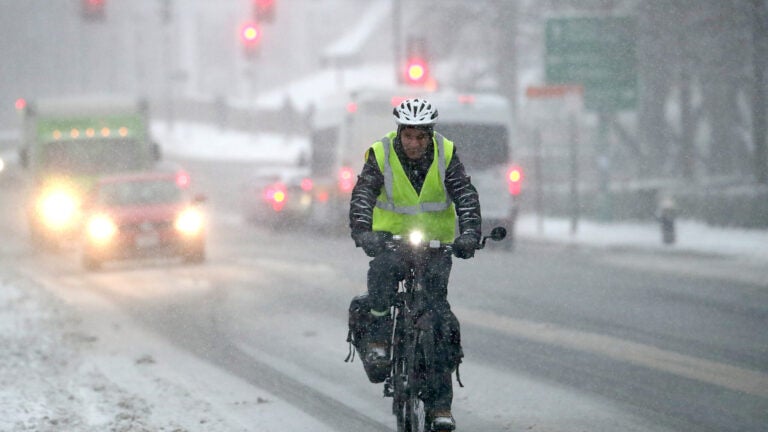