Another snowstorm will impact southern New England early Saturday morning, according to the National Weather Service.

Most of eastern Massachusetts, including Boston, can expect 3 to 4 inches of snow, according to a map from the service on Saturday morning.

“In case you missed it, the snowfall outlook this morning has been dropped by 2 inches for most of the area,” WCVB’s Kelly Ann Cicalese tweeted. “The snow was rather delayed, so the Winter Storm Warning has been canceled. Winter Weather Advisory is still in effect.”

It’s not the only chance for snowfall this weekend. Another storm is on the radar for Sunday night into Monday.

Here’s what local meteorologists are predicting for Saturday’s storm: 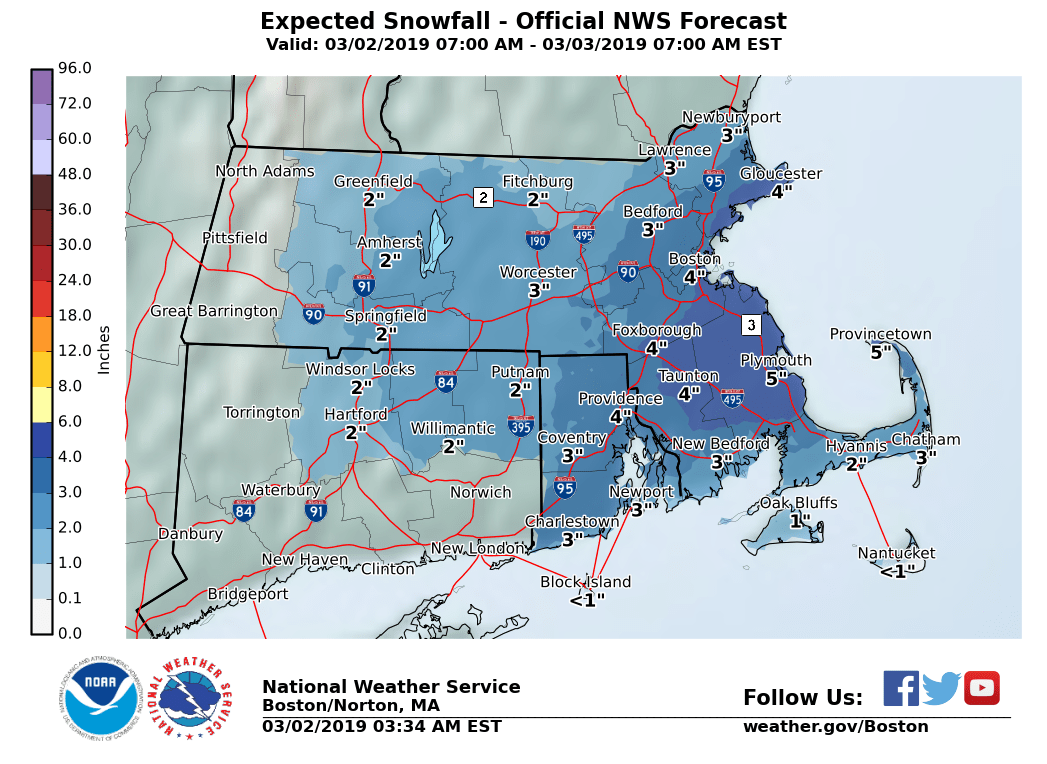 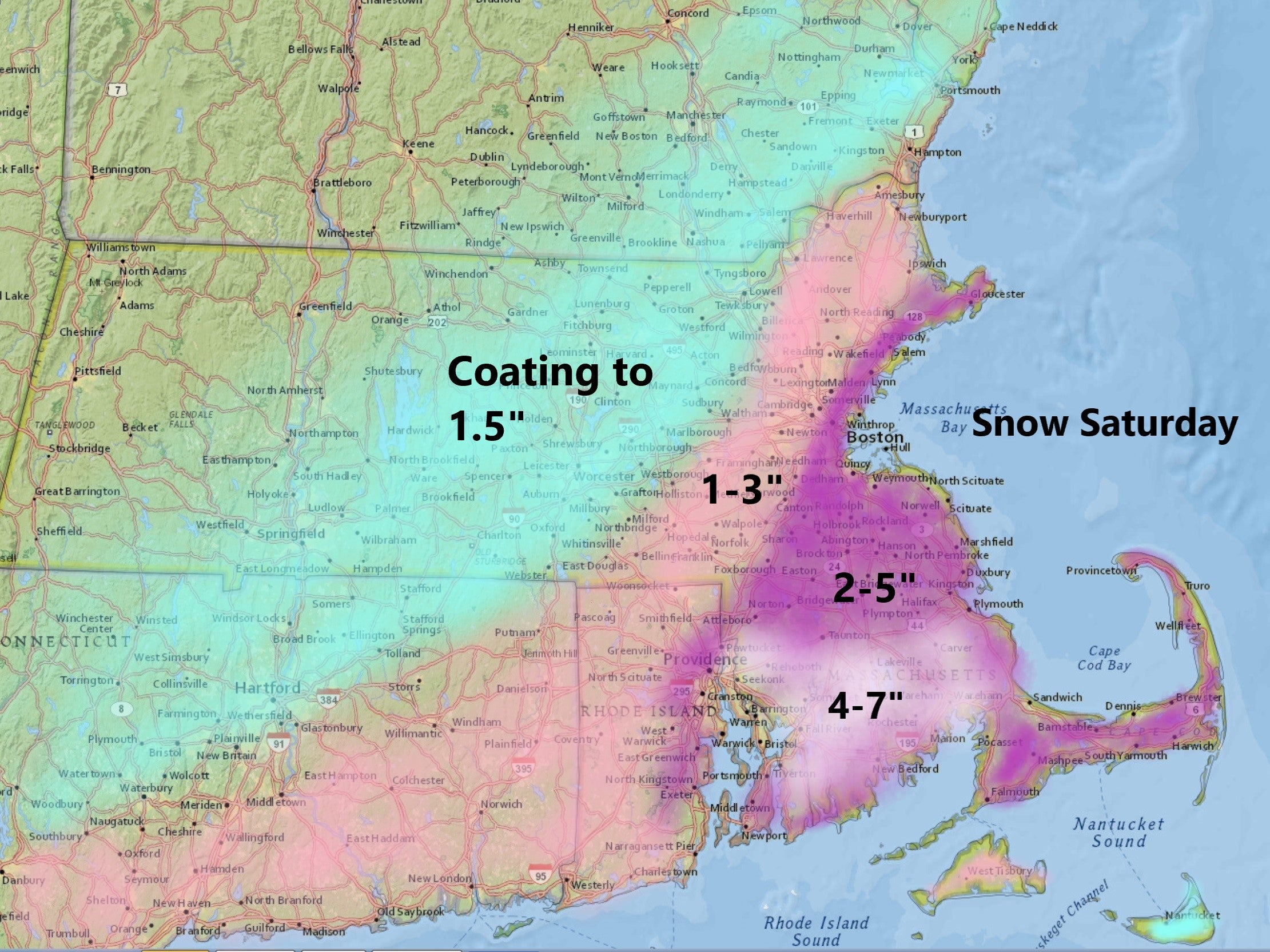 Snow will end late Saturday morning and early afternoon in most areas. 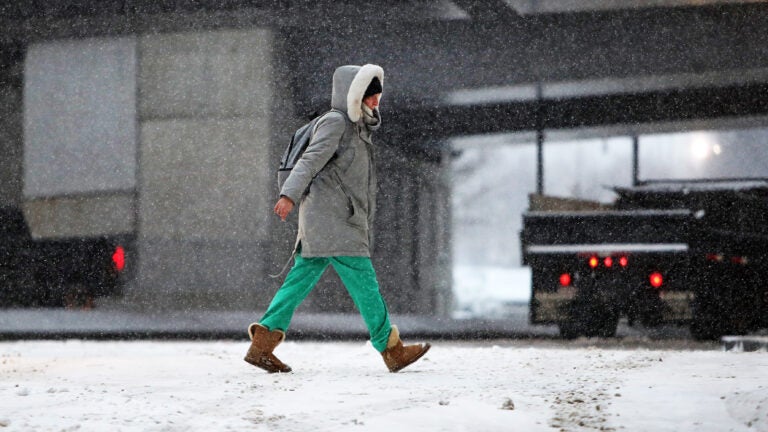