This year, spring arrives on March 20 at 5:58 p.m. While this is the date of astronomical spring, climatologically, spring started three weeks ago, and will end May 30. Although it was cold and relatively snowy the first half of this month, the angle of the sun has been getting higher and higher. The strength of the solar radiation this time of year is the same as it would be on the first day of fall in late September — quite powerful.

Daylight has been increasing since mid-December, and now we’ve reached the point where the days will start exceeding the nights. Temperatures may not warm into the 70s and 80s just yet, but this additional light has sparked a lot of changes across the landscape. Early tree buds have been swelling and are now opening, crocuses and other early spring bulbs can be seen in certain locations, and it won’t be long before the grass is really green. 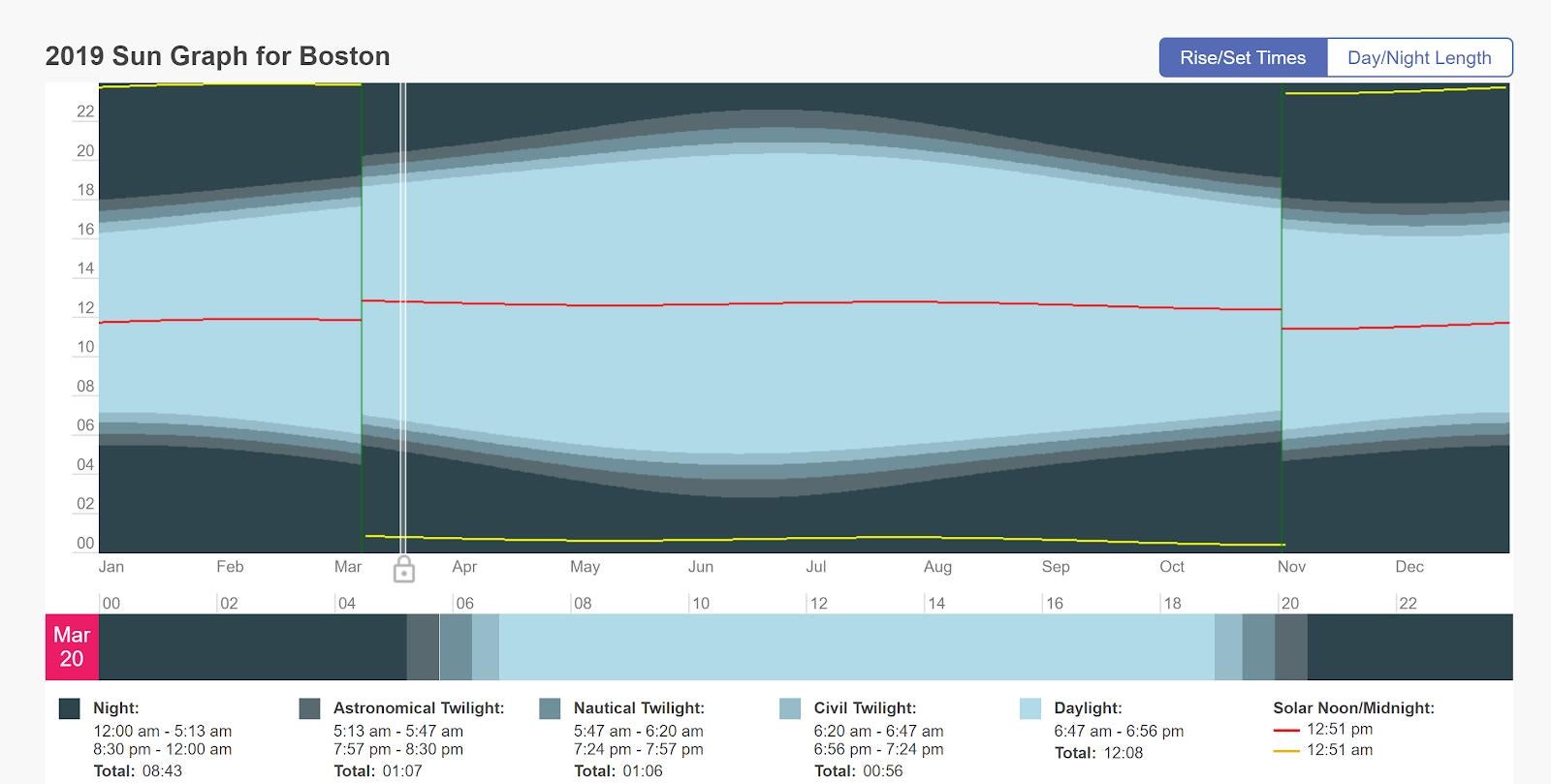 Many animals were mating over the past months and if it hasn’t already happened, baby skunk, fox, possum, squirrels, deer, and even fishers are emerging across the landscape. By this time of year, the witch hazel has already been in bloom for over a month and forsythia and early dogwoods are getting ready to burst open.

Astronomical spring marks the point when all areas of the planet will see roughly the same length of day and night. It doesn’t matter whether you are in northern Canada or southern Australia — the sunrise and sunset are basically 12 hours apart. 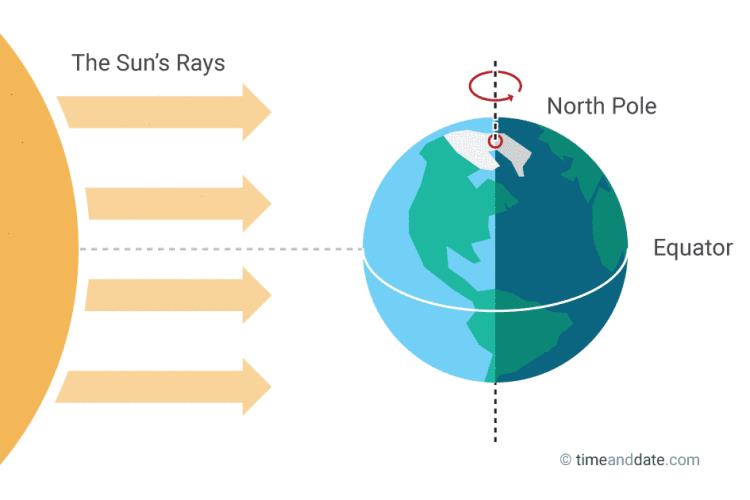 From this point forward, the southern hemisphere will go into their fall and eventually winter, with the southernmost tip of the planet ending up in darkness for the next six months and the northernmost point in light for the same time.

Average temperatures at this point are now not too far from 50 degrees, and the threat of extreme cold will continue to diminish. Typically Boston will see its final below-freezing days somewhere after this point in the season, but before the middle of April. 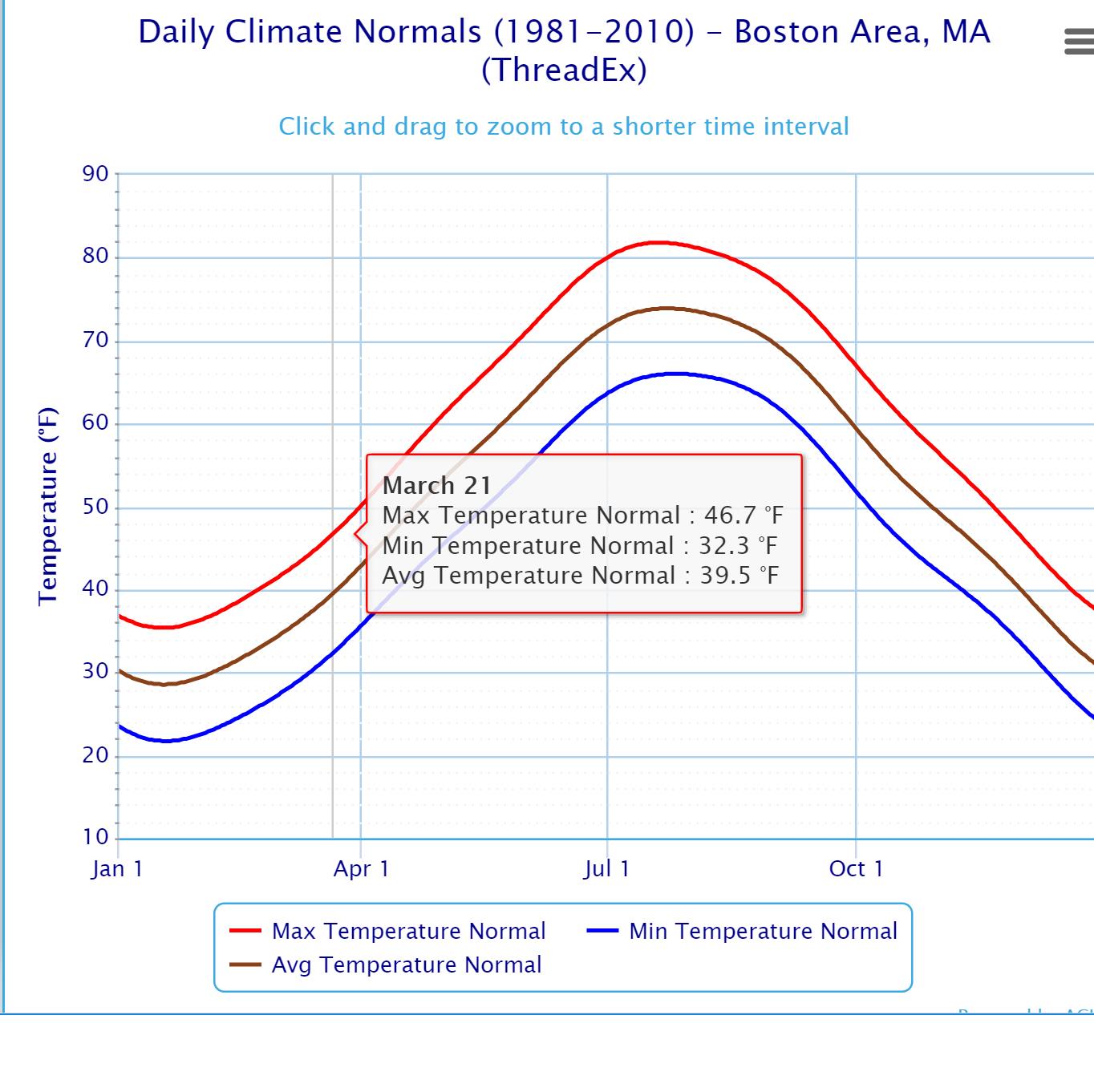 Again, those are just averages, so the risk of a frost continues for most of us away from the shore through April and even into early May.

However, astronomical spring does not necessarily mean the end of snow. Even the coastline has seen significant snow storms after March 20. If you take a look at the chart below, you can see there are multiple occurrences of an inch or more of snow well into spring. 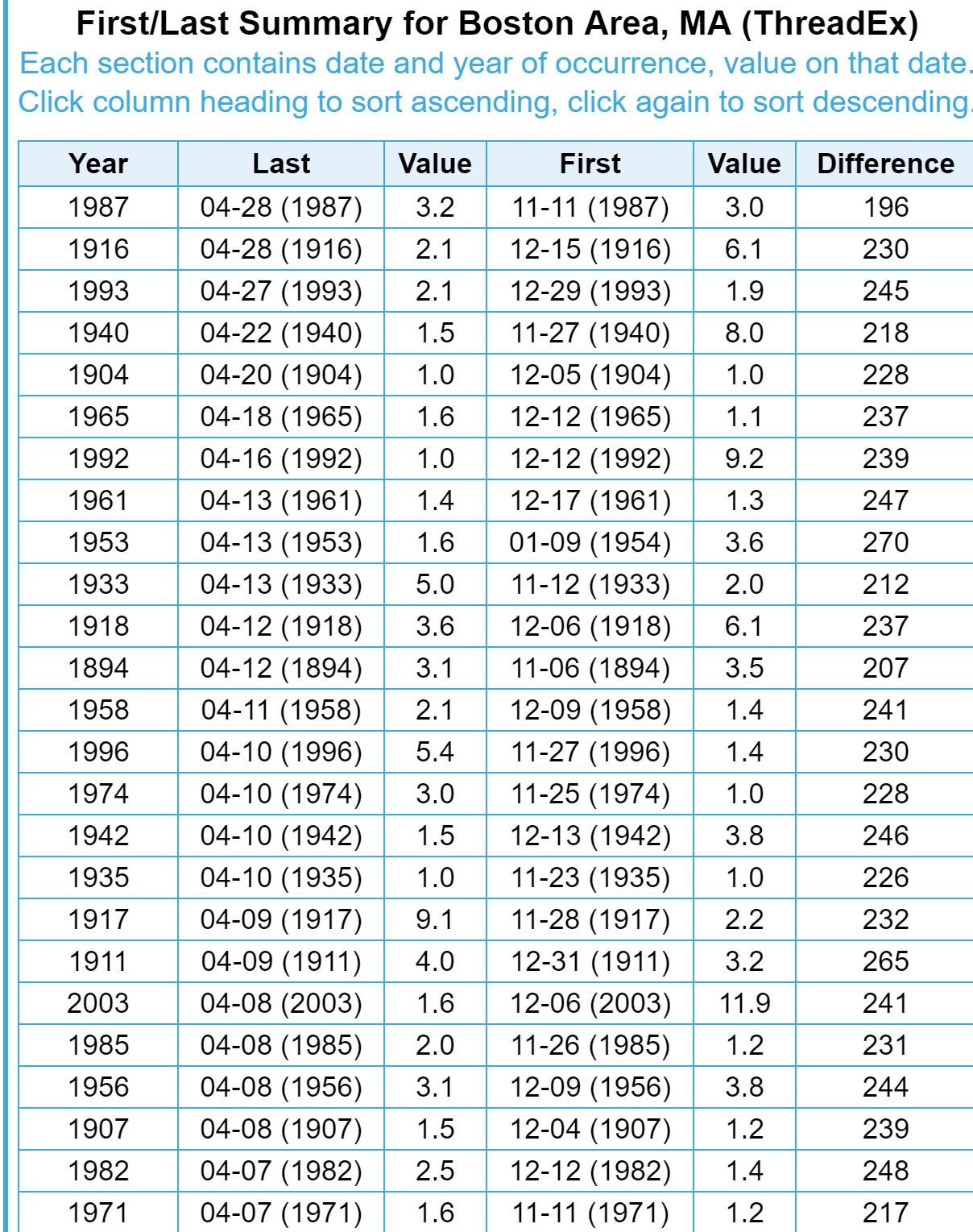 One of the most famous is the April Fool’s blizzard in 1997, a storm that produced a lot of thunder and lightning along with incredibly heavy snow. In 1977, it even snowed into May. Every year at this point people like to remind me that it has snowed that late in the season, but the reality is that it probably will not — and that storm was not significant in Boston while part of Worcester County had nearly a foot!

No matter what the next three months bring, we are guaranteed that it’s going to get warmer, that there will be more daylight, and that soon the entire landscape will be awash in green. Welcome, spring.