It was a wild Halloween night across the region with strong winds and some damage. Thankfully, this week’s unsettled weather will calm down a bit, bringing a few crisp fall days ahead. 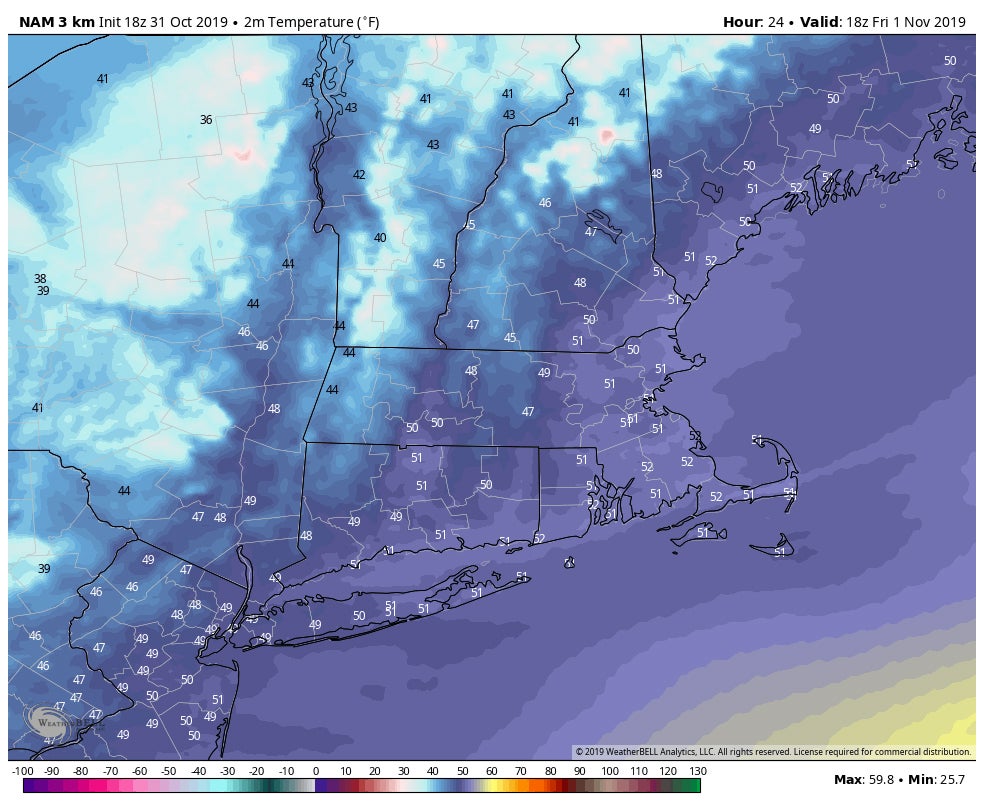 Friday’s daytime temperatures will remain in the low-to-mid 50s in most areas.

After all that rain, a cold front has pushed offshore, and Canadian air will be with us throughout the entire weekend.

Friday’s high temperatures were actually reached at midnight. Now it’s in the 50s, and that’s where we’ll stay all day long. The winds are not as strong, but they will be noticeable throughout the day before finally diminishing later on tonight.

Saturday will be sunny and crisp. 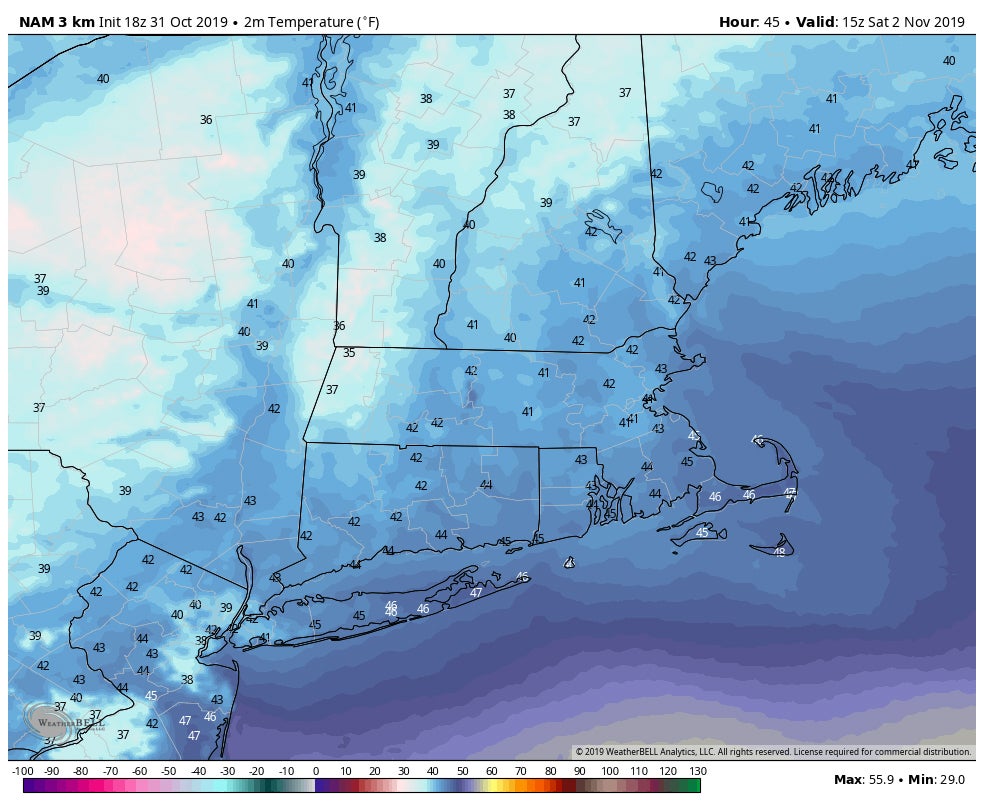 The weather looks sunny for the first day of the weekend. After a chilly start, temperatures will reach the lower 50s in the afternoon. Many of us will be in the 30s by 3 or 4 a.m., and it will take until 11 or noon before we reach 50 degrees. Plan accordingly if you have an outdoor activity during the first half of the day.

Temperatures will be in the 40s at night, so it’ll be a chilly one for any rescheduled trick-or-treating times or other Halloween activities.

Saturday is the final day of Daylight Savings. Remember to change your clocks back one hour before going to sleep, and enjoy that extra hour of shut-eye.

Sunday will be crisp and partly sunny. 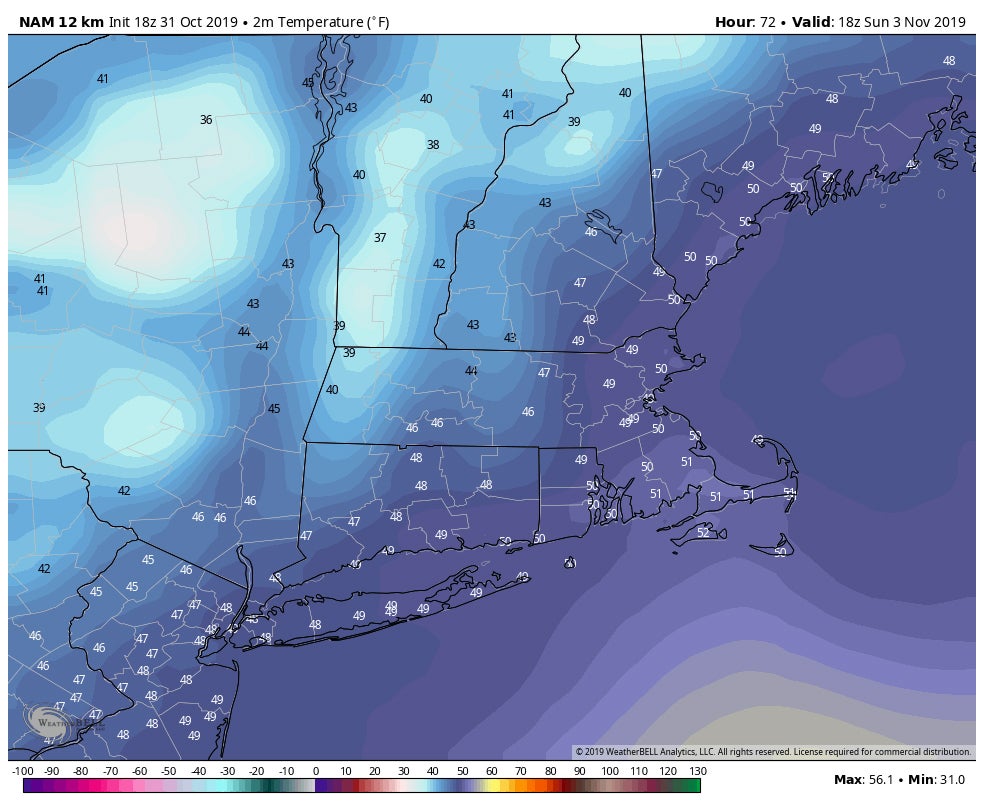 Sunday is still cool with highs getting the lower 50s for a couple of hours. (WeatherBell)

There’s a small, weak weather system moving through the region Saturday night, and it could produce a brief shower after 9 or 10 p.m. By the time you wake up Sunday morning, it should be offshore, leaving us a partly sunny day with temperatures in the lower 50s. Just remember it’s going to be quite chilly during the first part of the day. High temperatures are only reached for a few hours.

The sun will set before 5 p.m., which will be the case until early February. 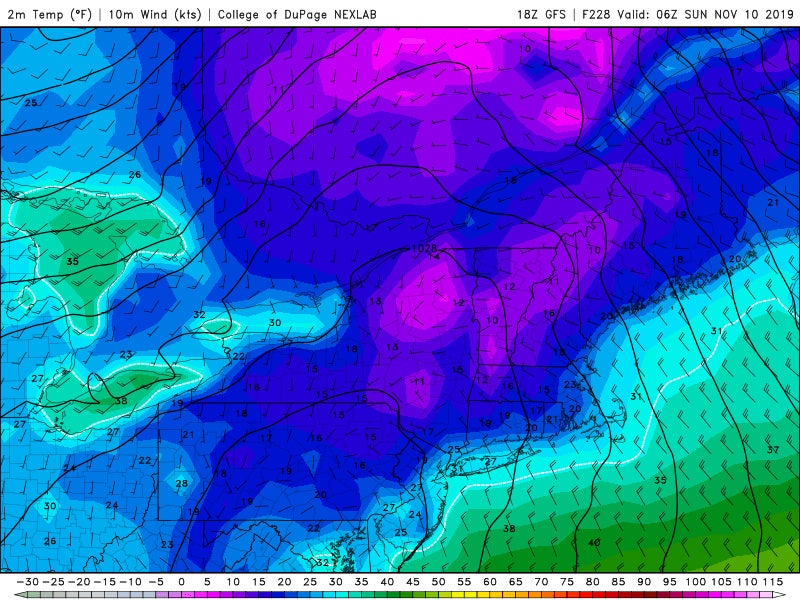 The week kicks off with ample sunshine Monday, and much of next week looks to be seasonable with temperatures in the 50s to near 60 on one or two days.

Looking ahead, there’s some agreement that it may turn quite cold next weekend with the first hard freeze of the year for nearly all of southern New England. 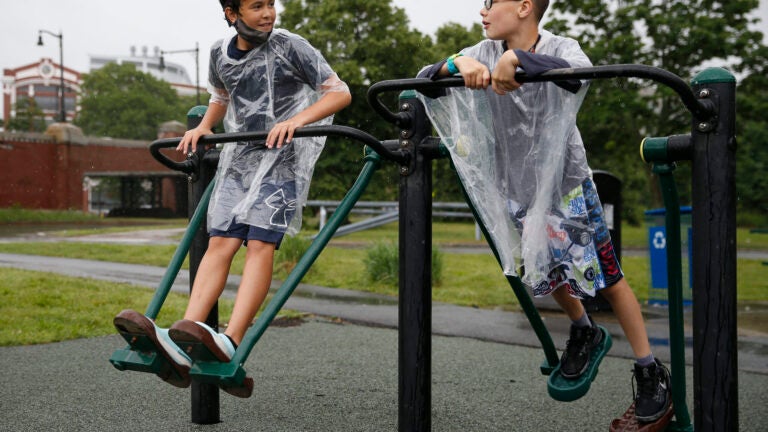