The snow arrived in Massachusetts in time to impact the morning commute Wednesday and made its exit a few hours later, leaving behind a range of accumulations across the state.

The National Weather Service released a preliminary map of the snowfall totals just after 1 p.m. Rutland received more than 6 inches, while Framingham reported 4.5 and Saugus about 3, according to the service. Boston received an unofficial total of 2 inches. 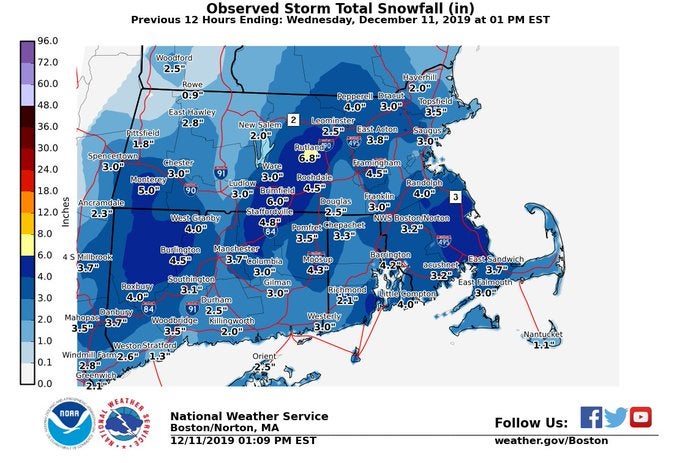 See a complete list of reports received by the service here.