What a beautiful day of weather ahead Saturday with plenty of sunshine and temperatures near 50. Even Sunday looks quite wonderful for late December, with readings getting into the 40s and although the clouds will be moving in, it will still be quite a nice day.

One area of low pressure to the west of New England will pull milder air northward. If this was a lone storm system, it would make for an easy forecast and we would simply end up with rain. 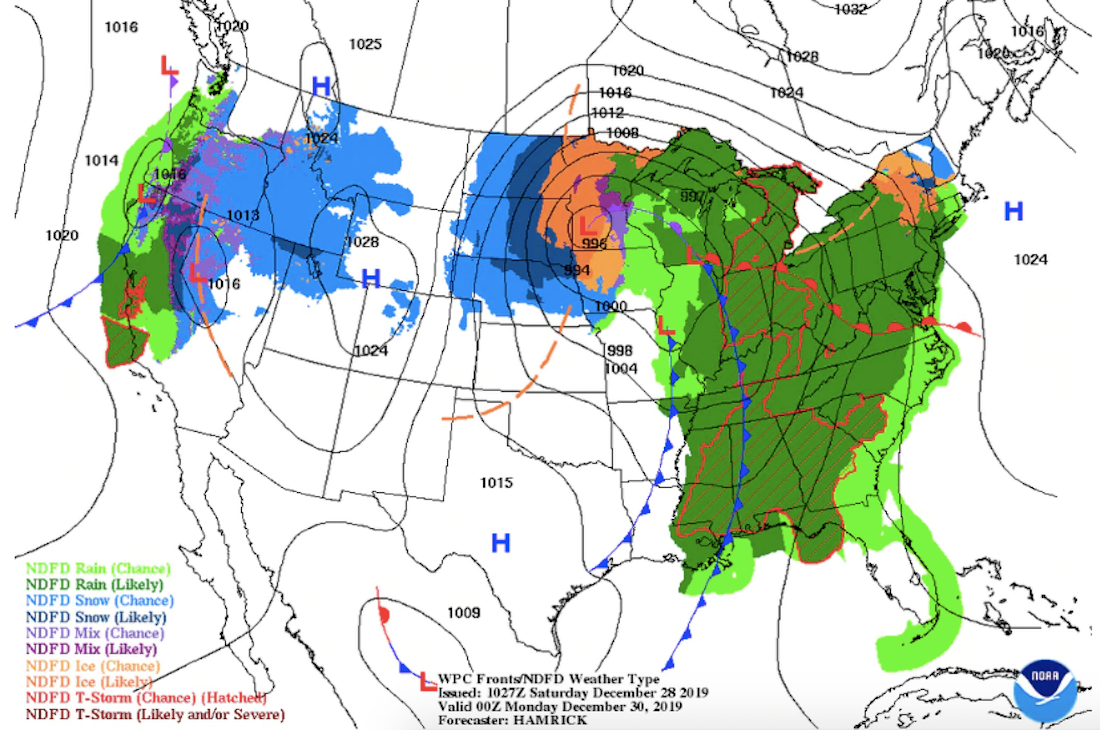 A low pressure area will move into the Great Lakes late Sunday. (NOAA)

The forecast becomes more complicated because a new area of low pressure that will develop to the east of the main low and will start to pull below-freezing air into the region. 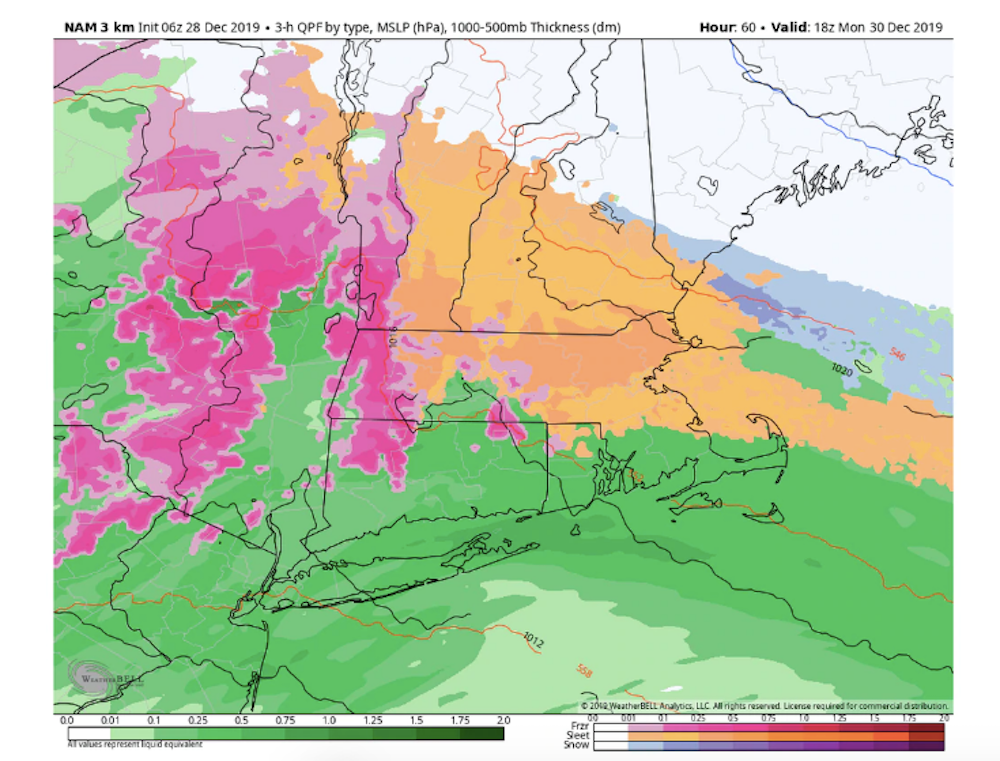 Sleet shown in orange and freezing rain shown in pink are both likely Monday. (Weatherbell)

At higher levels above us the air will be warm enough that any snow will melt but as it comes down to the ground the air will be below freezing, creating conditions for freezing rain.

If it’s a little colder, we’ll end up with sleet, and if it were to get significantly colder, then snow would occur, but I don’t think that’s the case. Parts of Worcester County as well as Berkshire County have the highest risks for significant ice accumulation. There’s the possibility certain towns could see over half an inch of ice and that’s enough to cause tree damage and power outages. This situation will impact the morning and evening commutes Monday. 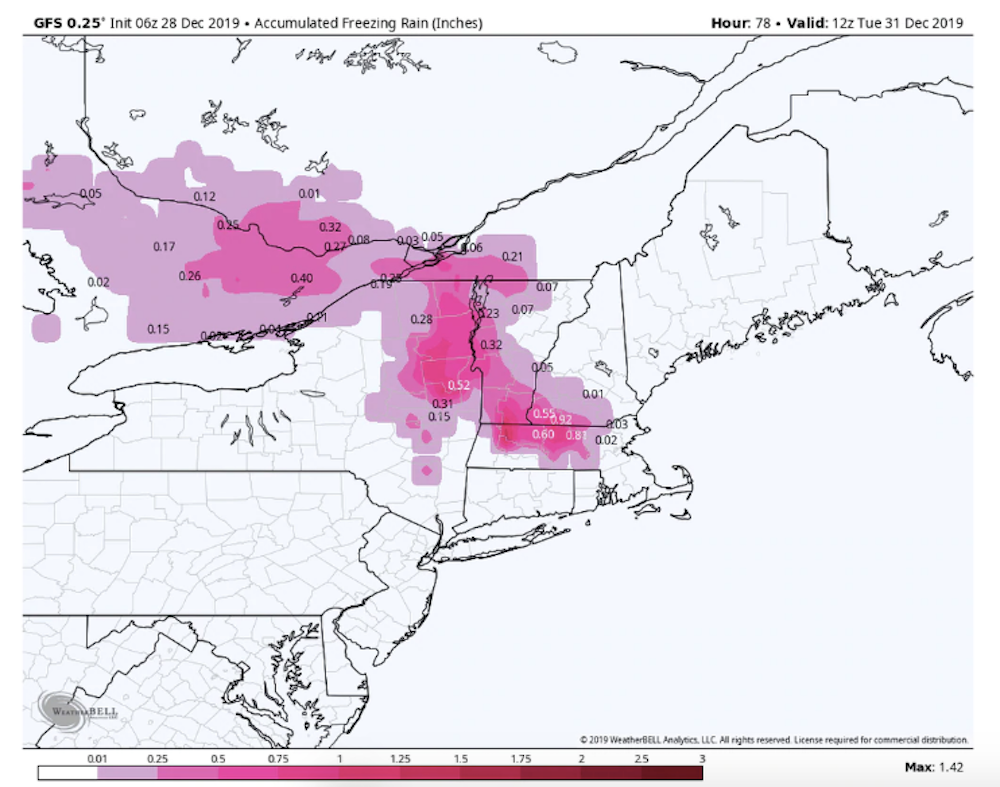 There is the risk of significant icing for areas west of the coastline Monday. (Weatherbell)

These situations are very difficult to forecast; the exact location of each precipitation type can change as we get closer to the event and even during the event itself. Just a degree or two temperature change can mean the difference between a major ice event and just a cold rain.

Because of the risk of the icing Monday, I would recommend anyone who lives west of Route 128 have at least some melting products on hand. Those of you who live in Worcester County and northern Middlesex County as well as parts of Franklin, Hamden, Hampshire, and Berkshire counties should definitely keep an eye on the latest forecast and think about how you might handle a more significant ice event if it occurred.

Ice or no ice, there’s also going to be a lot of liquid rain with this system as well, so the Monday morning commute is going to be a problem partially due to wintry types of precipitation and also due to street flooding. 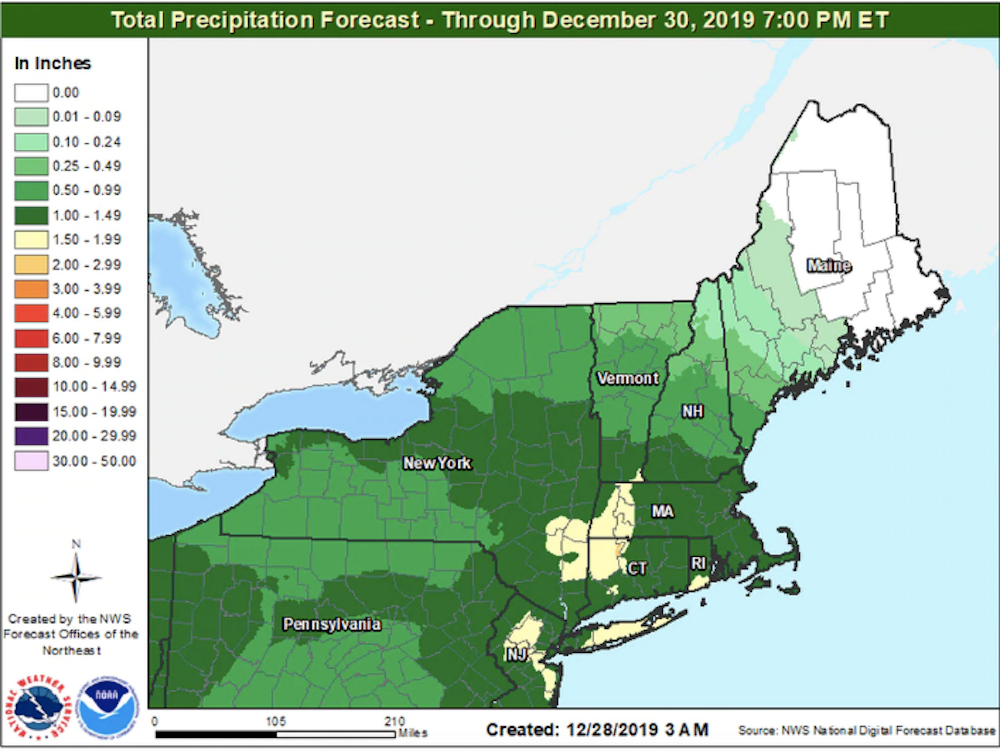 Over an inch of total precipitation is likely Monday into Tuesday. (NOAA)

There won’t be any issues from high wind or coastal flooding. As long as the system keeps moving everything should generally clear out for the latter part of Tuesday, which will lead us to a dry and seasonably chilly first night into the first day of the new month, new year, and new decade. 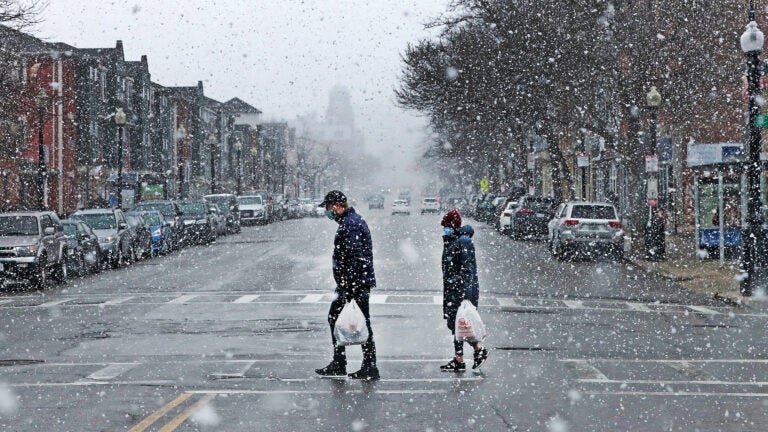 Boston due for wintry storms in coming days