Most of Massachusetts doesn’t have to worry, forecasters say, but it looks like the Cape and especially the islands may get a more serious taste of winter weather tonight.

Below, what the National Weather Service and local forecasters are saying about potential accumulation and impacts from the expected snow and wind Friday night into Saturday. 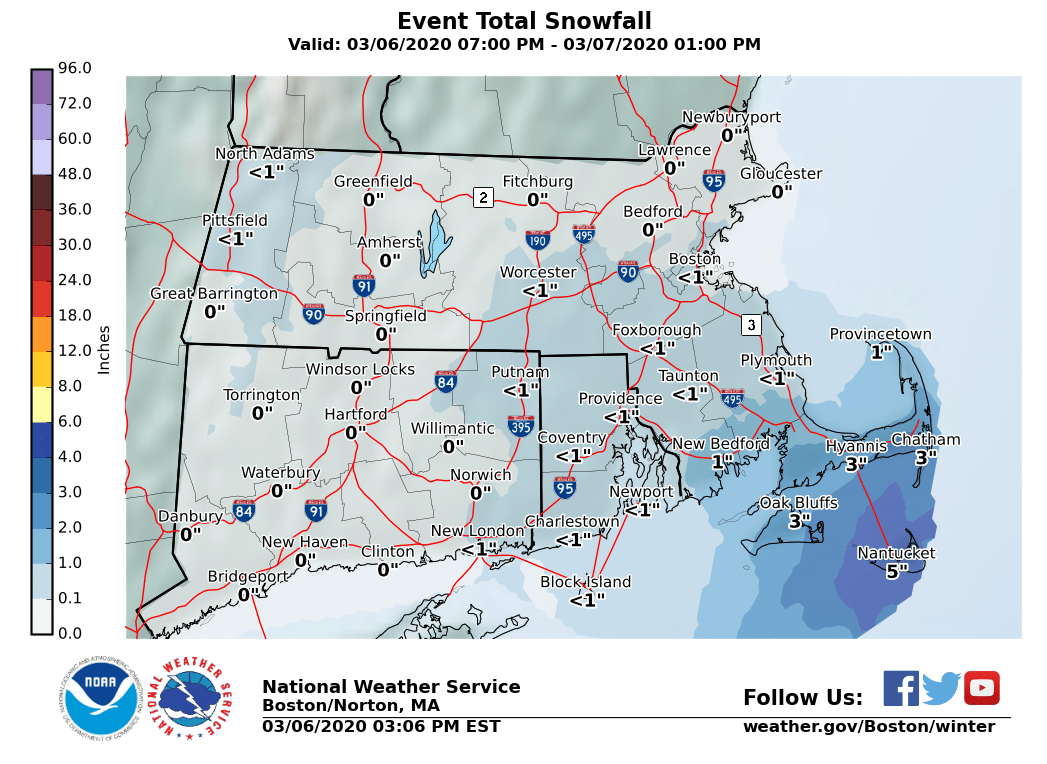 [Friday 445 pm update] An ocean storm tracks well southeast of Nantucket. However, accumulating snowfall is expected to reach at least as far as the Cape and Islands, with 2 to 6 inches of snowfall. Snowfall amounts drop off considerably to the NW. Map w/latest snow forecast: pic.twitter.com/tsRCNc55FM

Windy overnight at the coast. Strongest across Cape Cod and the Islands where some gusts over 50mph are possible. #wbz pic.twitter.com/HZ74GmRGDt

Maximum snowfall will be over Nantucket tonight. How ironic, IF the forecast works out, the Island could see more snow tonight than Boston has had all of January, February and March so far! pic.twitter.com/SZ5TzBYmf3

Updated SNOW MAP for tonight – tomorrow AM. Highest totals will come from Cape & Islands, but not everyone will see 6″ snow there… Best chance is Nantucket! @boston25 pic.twitter.com/HfjmCxpA1y