It may technically be spring, but winter’s not done quite yet.

Most of Massachusetts is expected to see snow Monday, with the flakes starting in Western Mass. around noon and moving east. 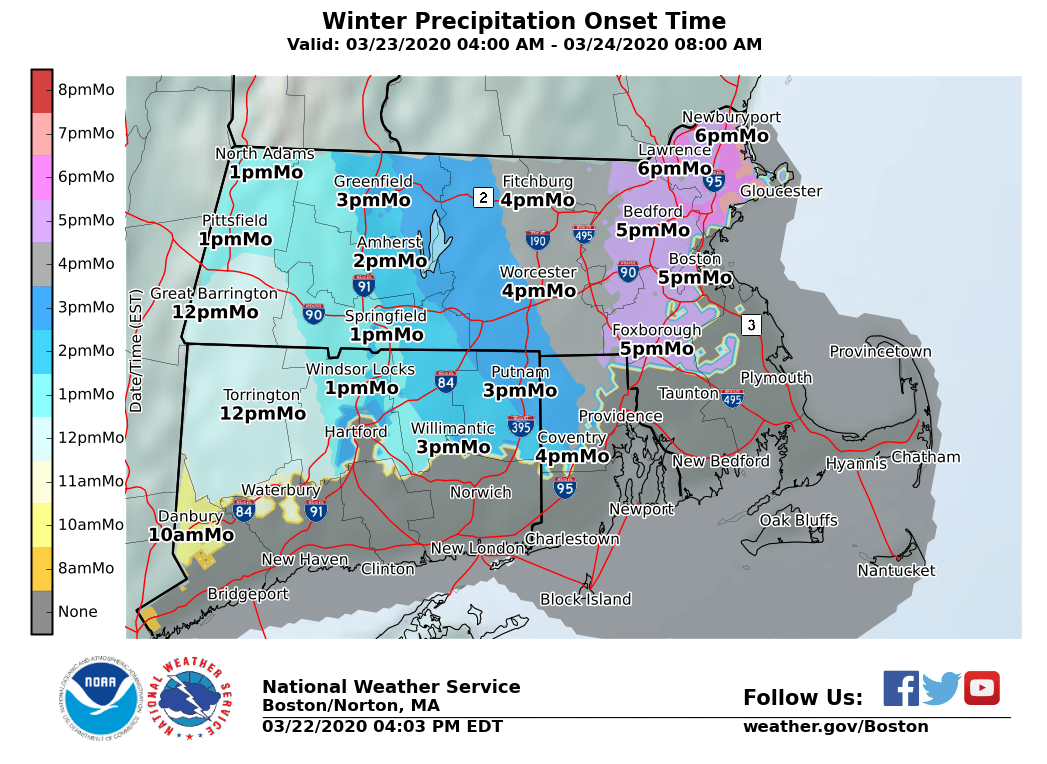 “Low pressure passing southeast of New England will bring snow to much of the area Monday afternoon, which should change to rain Monday evening, except across the higher elevations,” the National Weather Service said Sunday morning. “Another coastal storm affects the region Wednesday into Thursday, with some snow possible across the higher elevations and mainly rain elsewhere.”

Below, four maps from local meteorologists predicting the snowfall from Monday’s storm. 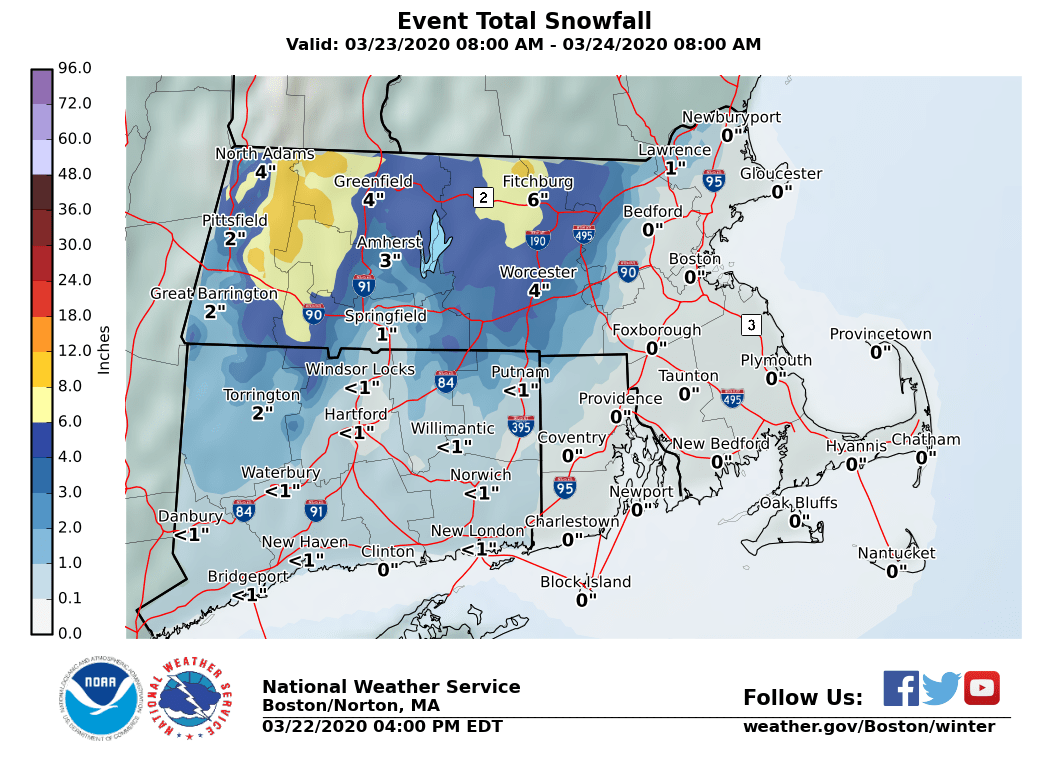 For doctors, nurses, pharmacy workers, grocers – this is going to be a messy storm. This will have the greatest impact on those of you working second/third shifts. #FirstAlert pic.twitter.com/8C75gdH3lv

Tuesday's storms left some isolated damage. Here's when to expect more on Wednesday.