A power outage caused by heavy rain and flooding led to between 80 and 90 people being evacuated from Norwood Hospital Sunday night.

Authorities first evacuated the hospital’s intensive care unit around 7:30 p.m., while another 60 to 70 patients were evacuated around 10 p.m. due to the ongoing power outage. Some patients were allowed to stay in part of the hospital where the power stayed on, according to Norwood Fire Chief George Morrice in a news release.

Norwood Hospital was closed Monday morning, officials announced, and all remaining patients were being transported elsewhere. There were over 5 inches of rain in some areas of Norwood, according to the National Weather Service. 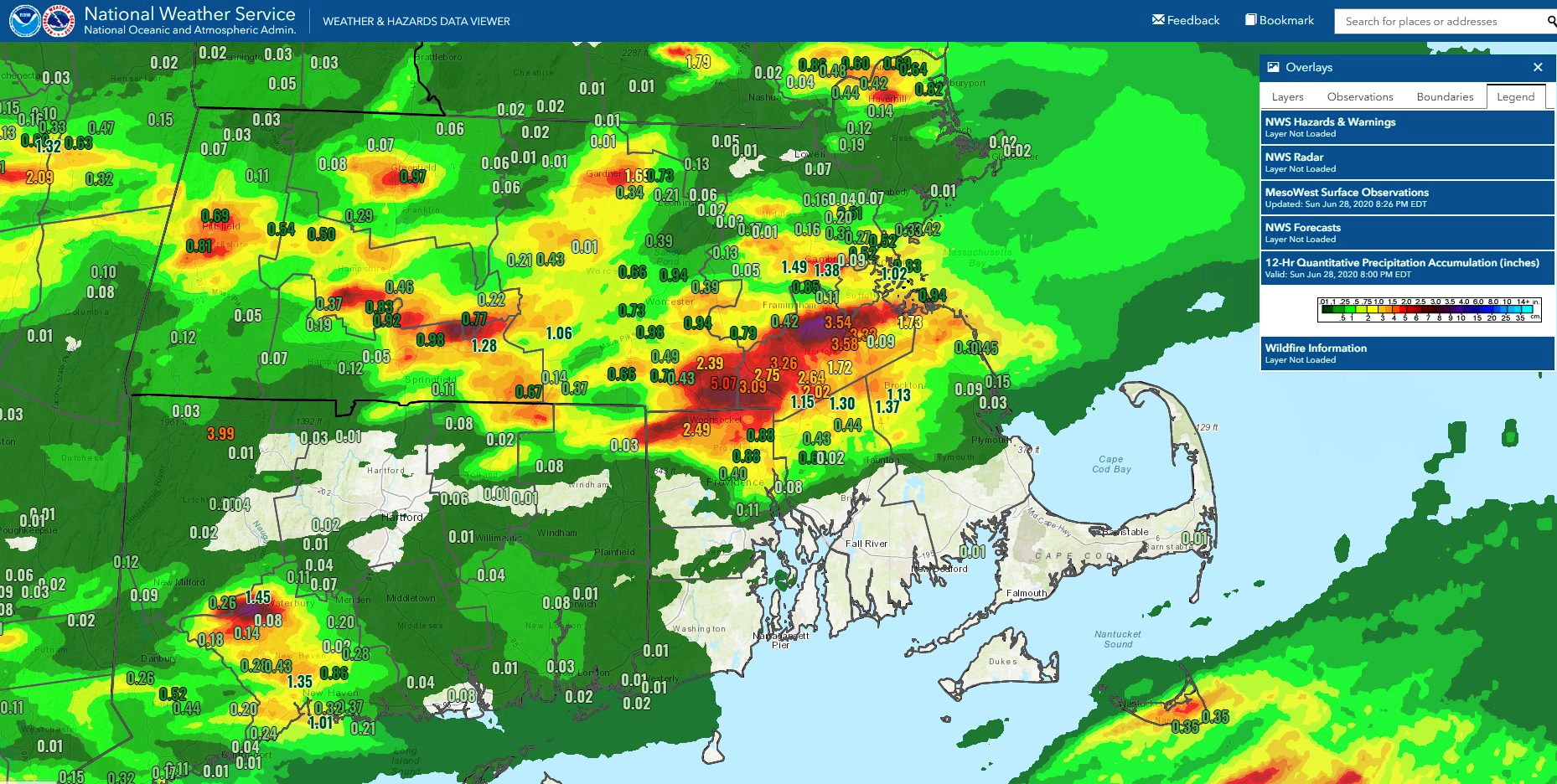 Sunday rainfall was as high as 5.75” in parts of Norwood.

No one was injured during the incident, and “the most critical patients” were moved first. Those who need emergency medical attention in the area are asked to go to Sturdy Memorial Hospital in Attleboro or Beth Israel Deaconess Needham. There’s also Norwood Urgent Care at 120 Boston Providence Highway, the Norwood Fire Department noted in a release.

The fire department received about 75 calls during the storm Sunday night, including fires, lightning strikes, medical emergencies, and basements flooding, the department said on Facebook.

The call about the hospital came in around 4:46 p.m. for flooding in the basement, and the need for utilities to be shut off. Then water also began leaking into the roof and upper levels, the Facebook post said. Crews began evacuations and the department struck a second alarm for mutual aid to help.

“My take: Flooding has not been seen like this since March, 2010 floods & urban flooding of this severity has not occurred in Norwood since June, 1998,” Joe DelliCarpini, the science and operations manager for National Weather Service Boston, said on Twitter.

My take: Flooding has not been seen like this since March, 2010 floods & urban flooding of this severity has not occurred in Norwood since June, 1998.

Here are some photos and videos from the storm and its effects: Staff at Norwood Hospital clean up flooding on the first floor after suffering major flooding during a storm Sunday. 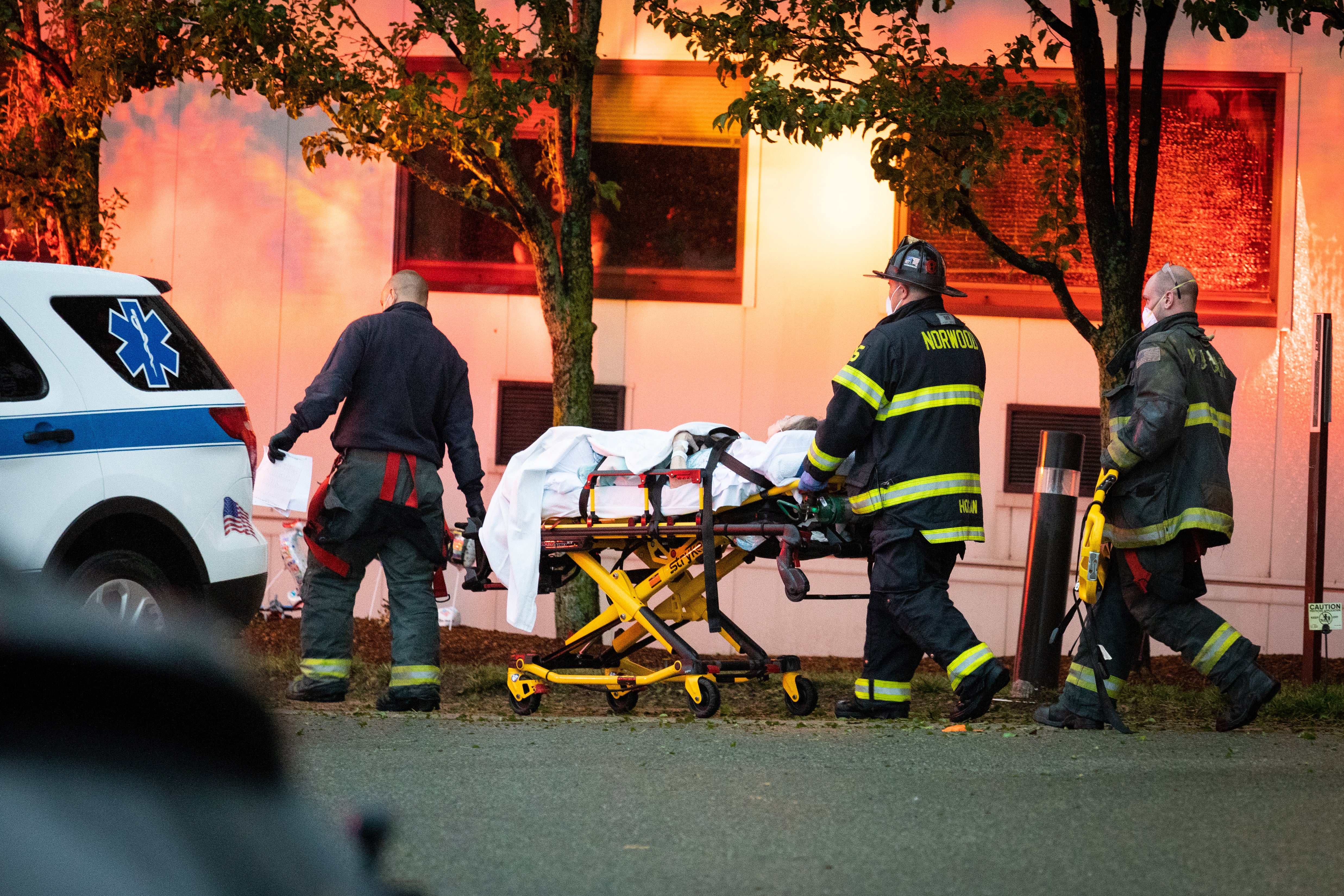 A patient is evacuated from Norwood Hospital Sunday. 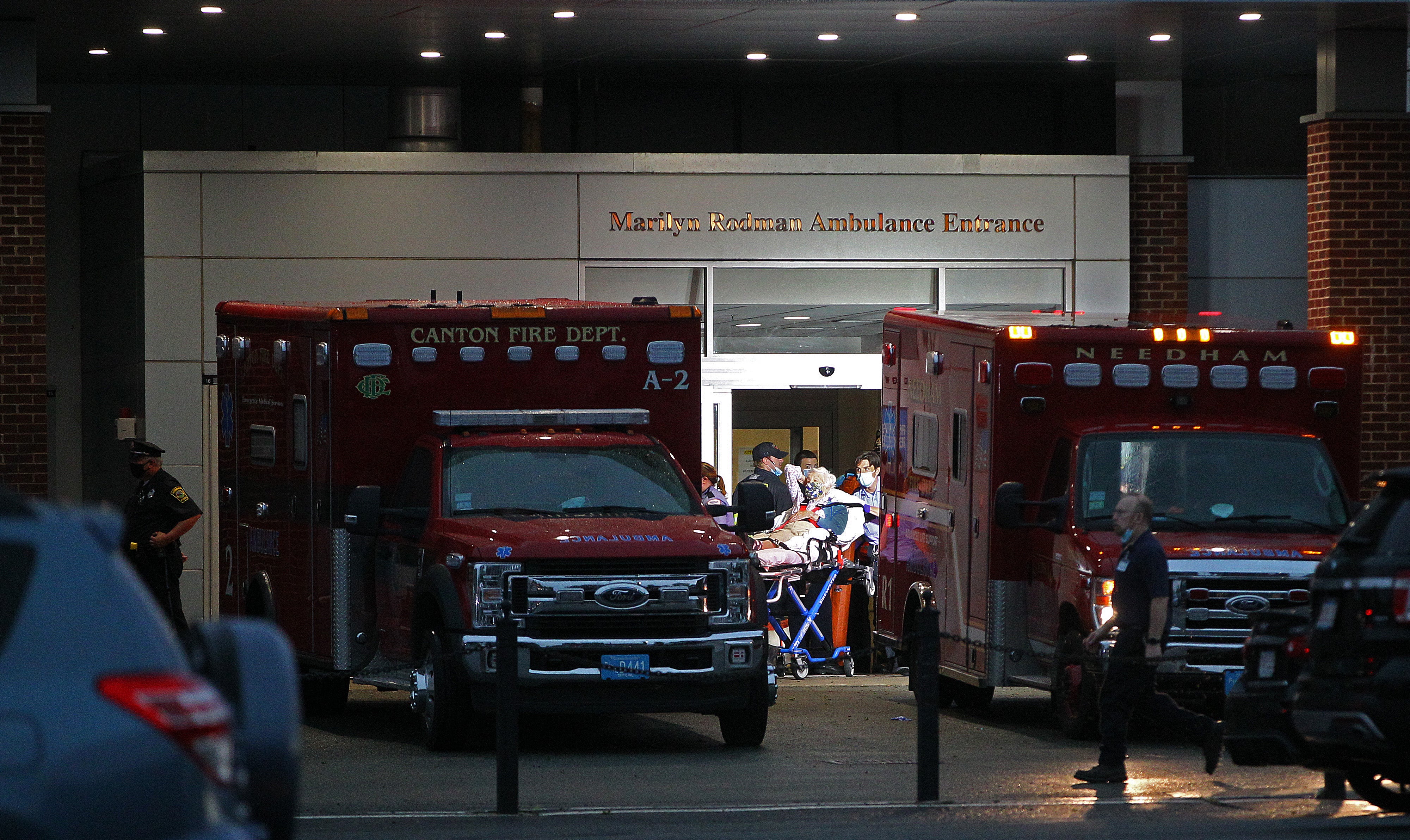 A patient is moved from the ambulance entrance. After a hard rain, Norwood Hospital deals with flooding. 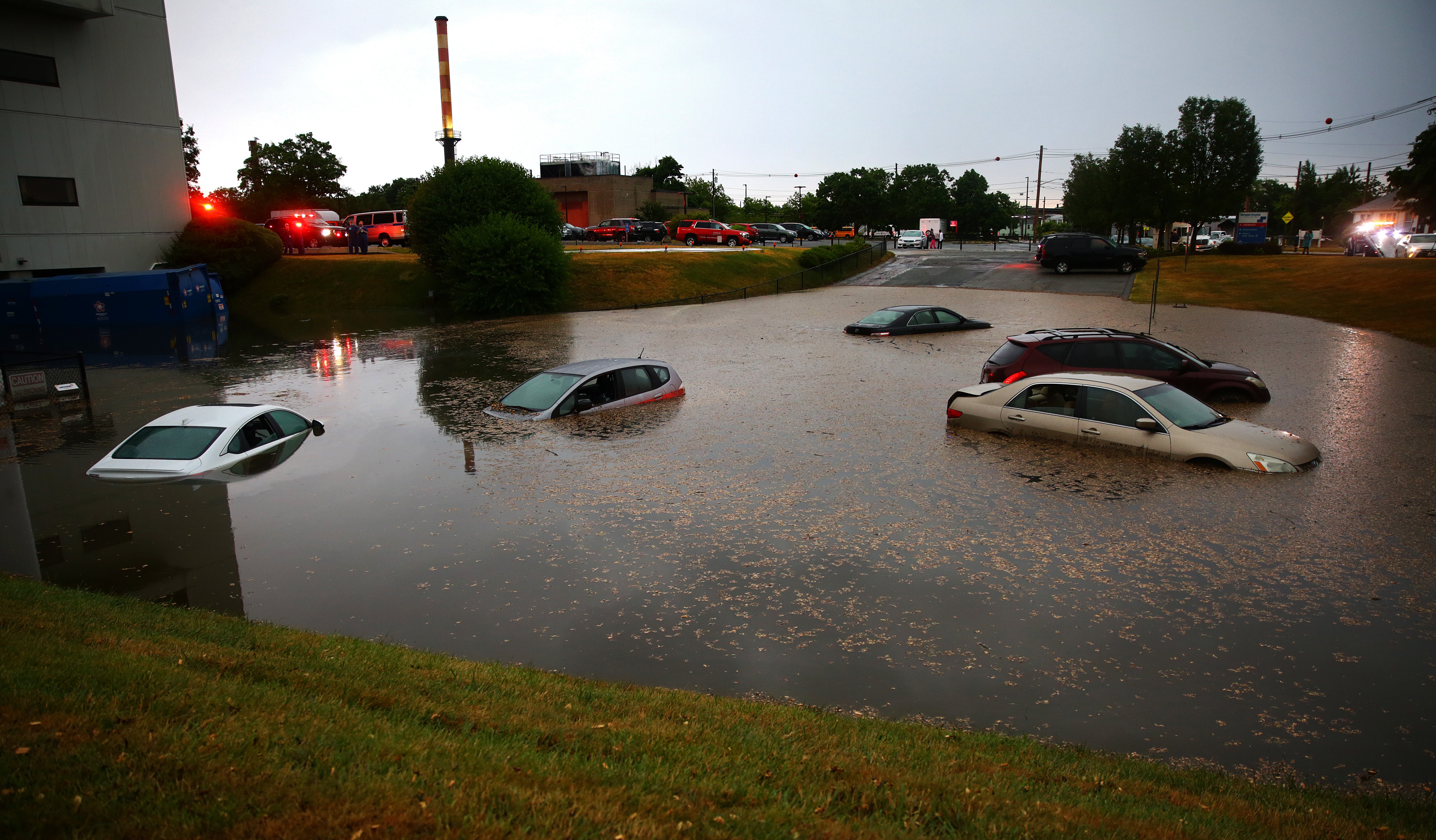 Cars are partially submerged in a parking lot near the emergency entrance at Norwood Hospital. Mary Hayes, a part time worker at a TJ Maxx, wades through knee-high water down Nahatan Street on her walk home from work in Norwood Sunday. Norwood Police shut down car traffic on several streets off of Nahatan Street due to severe flooding after Sunday’s thunderstorms. 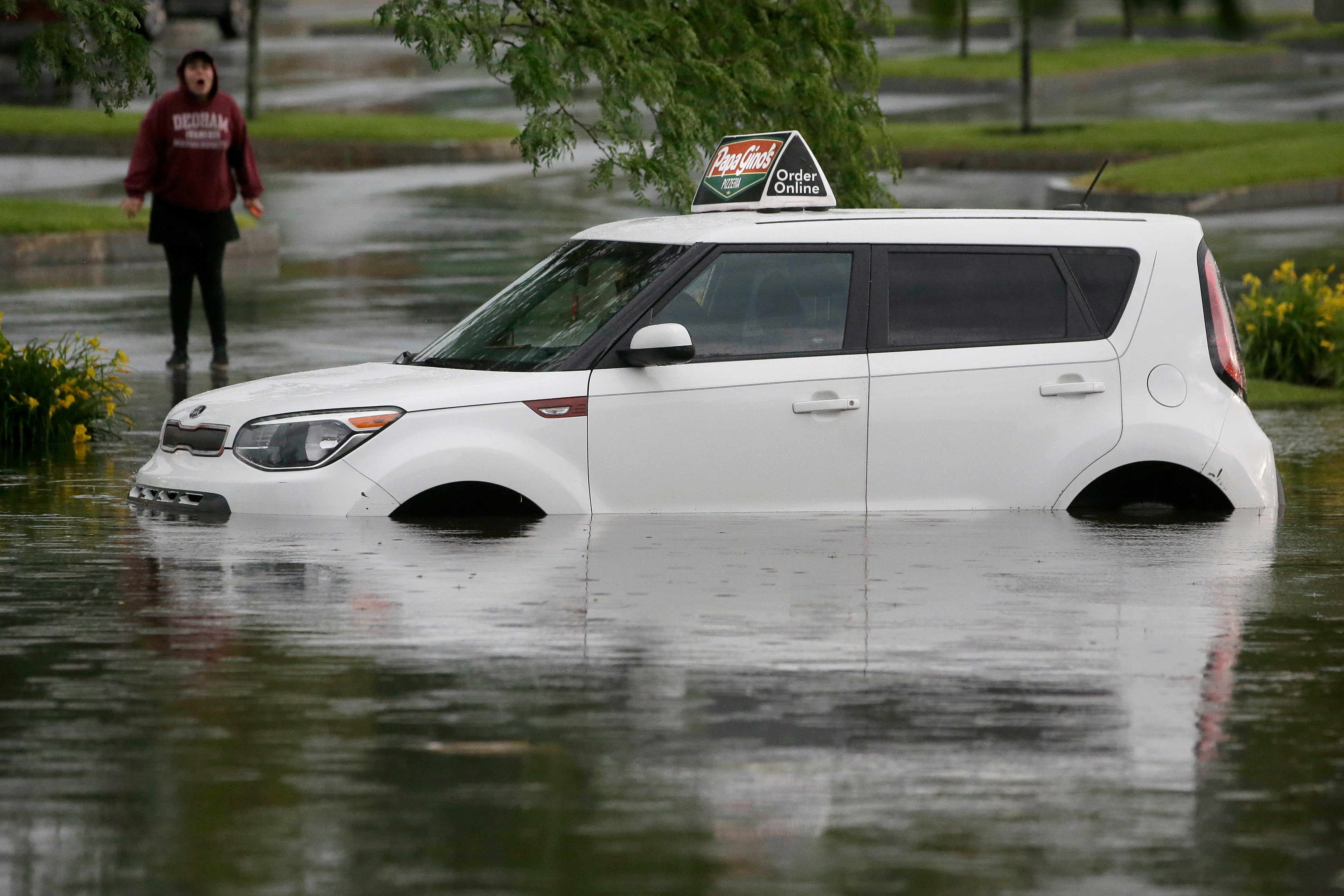 A woman speaks to a person in a vehicle stranded in water Sunday on a flooded street in Norwood. Heavy rains resulted in flooding on many streets in areas south of Boston. This is one of the cars partially submerged in a parking lot near the emergency entrance at Norwood Hospital. 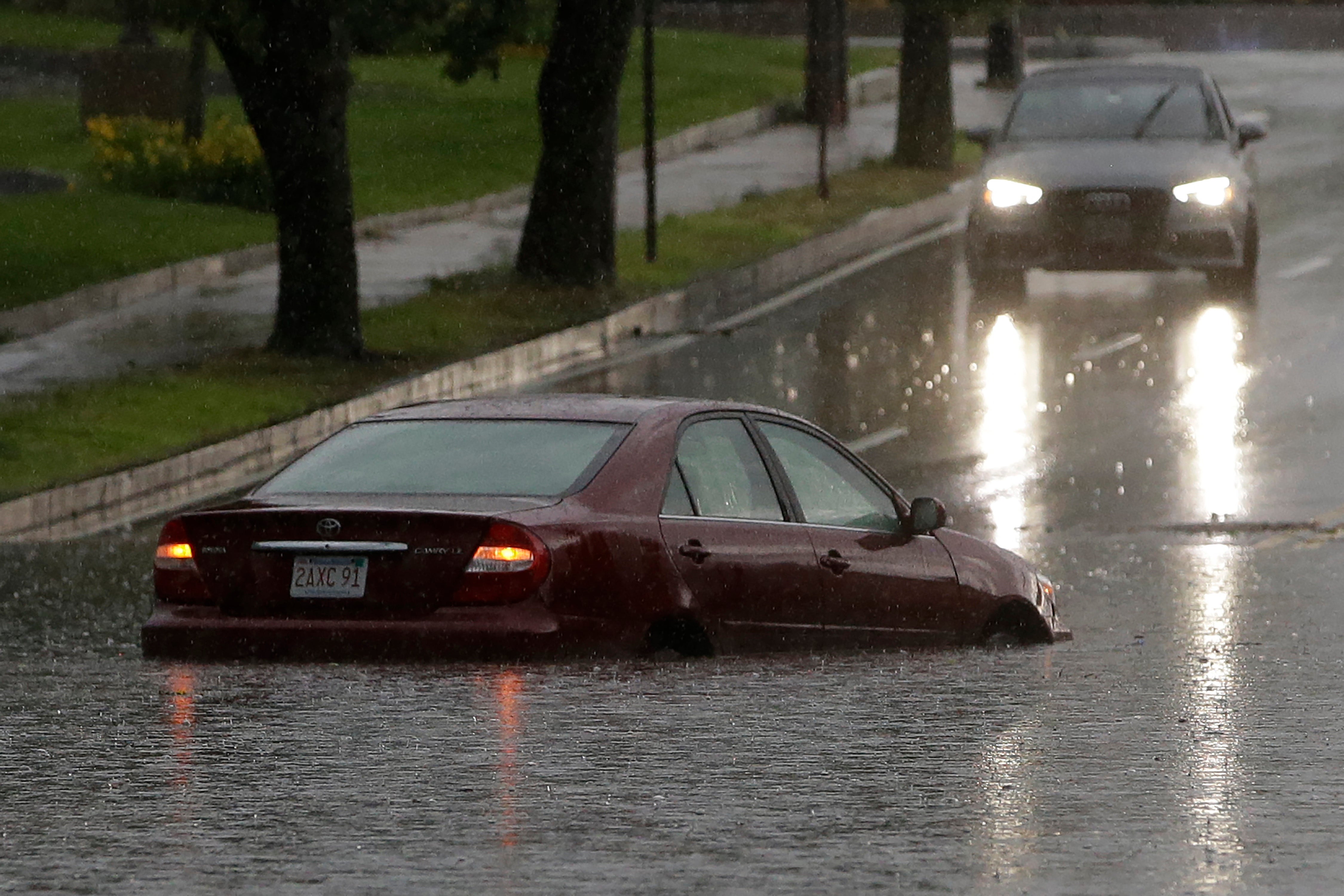 A vehicle rests in water, below, on a flooded road, Sunday in Norwood. Heavy rains resulted in flooding on many streets in areas south of Boston, Sunday. A car wheels-deep in water in Norwood, as a result of Sunday’s intense thunderstorm. 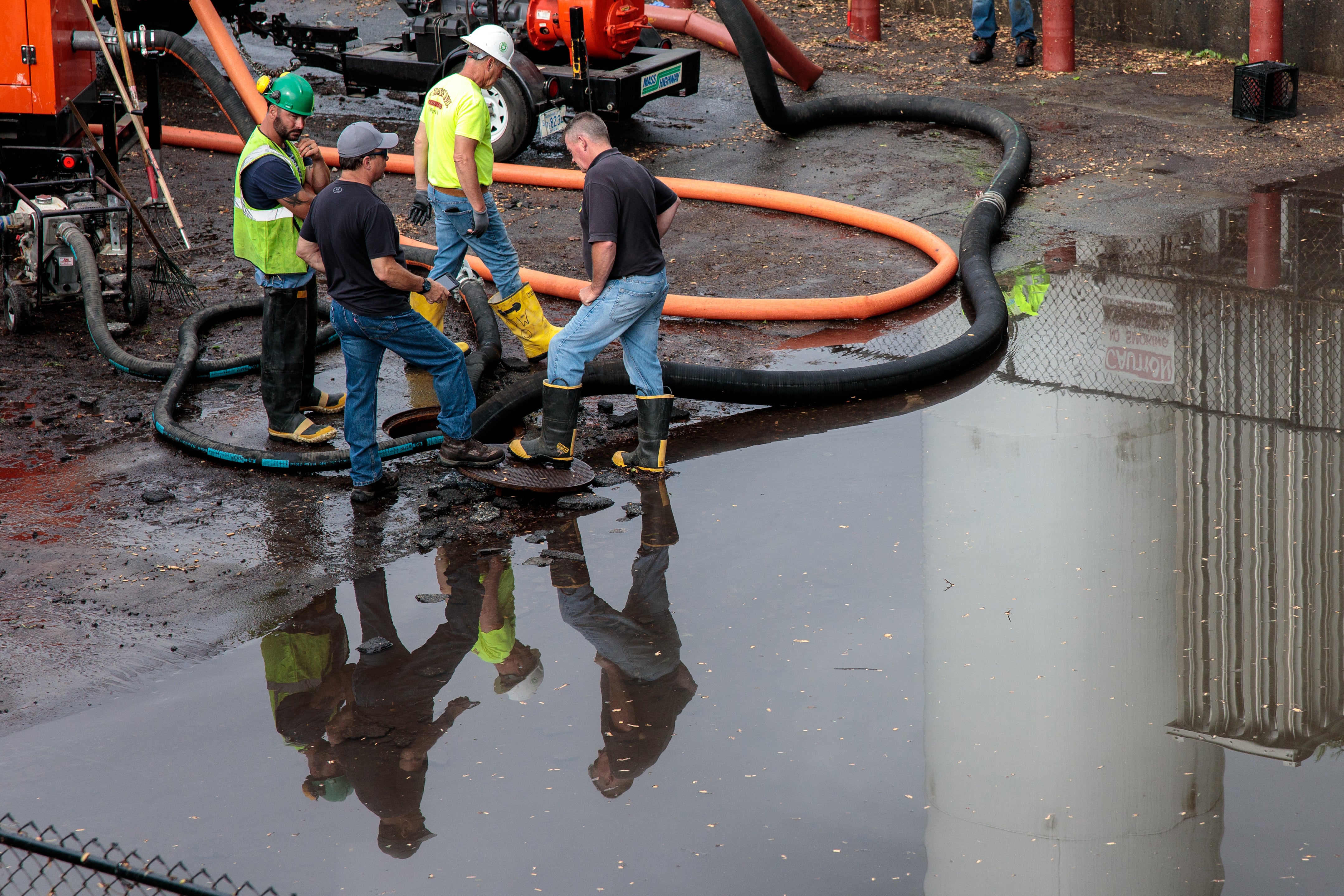 Check out this incredible video of flooding at Norwood Hospital! 👀 You can see water rushing through one of the parking lots and vehicles floating in the water. People inside the hospital say the generator is flooded and some of the rooms are flooding. https://t.co/ZPCMzGQ9xC pic.twitter.com/l29VMgAMNK

Drivers had to navigate floodwaters on Route 1 in Norwood, Massachusetts, as powerful storms hit the state. https://t.co/DvKxaCrC2N pic.twitter.com/Pc5GQlv5lz 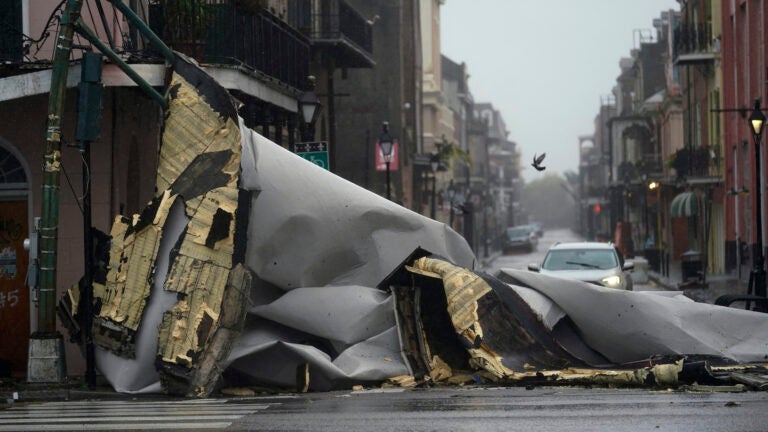