New England is in for a warmer-than-average winter, if the National Oceanic and Atmospheric Administration’s predictions are correct.

NOAA released its seasonal outlook for winter 2020 on Thursday, which considers the winter season from December through February.

The verdict is still out, though, on how much precipitation the Northeast may receive. According to NOAA’s map, there are equal chances the region could see more, less, or equal to the amount as in the past.

“The greatest chances for warmer-than-normal conditions extend across the Southern tier of the U.S. from the Southwest, across the Gulf states and into the Southeast,” according to NOAA. “More modest probabilities for warmer temperatures are forecast in the southern parts of the west coast, and from the Mid-Atlantic into the Northeast.” 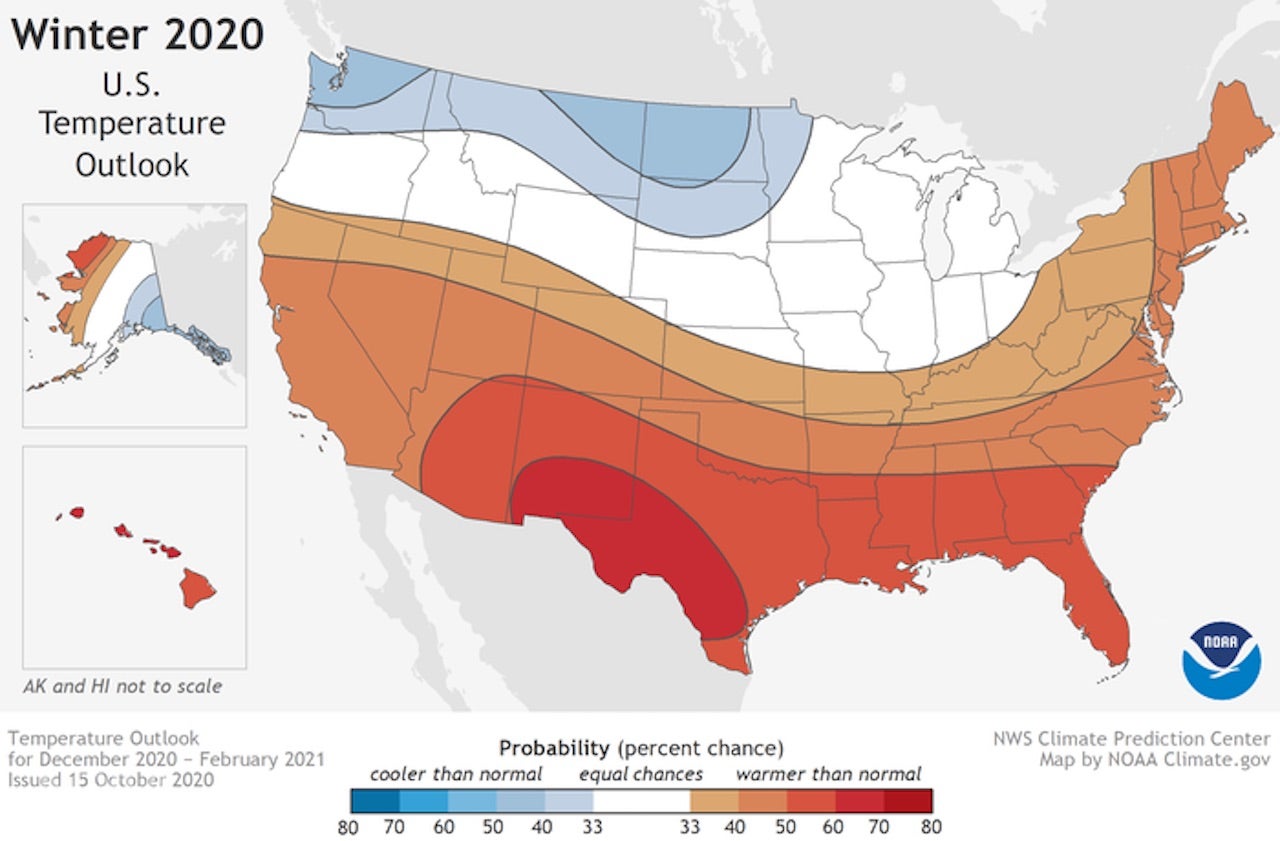 How much precipitation New England could receive may be unknown, but drought conditions are predicted to improve.

“The ongoing La Nina is expected to expand and intensify drought across the southern and central Plains, eastern Gulf Coast, and in California during the months ahead,” NOAA said. “Drought conditions are expected to improve in the northern Rockies, Northwest, New England, Alaska and Hawaii over the coming months.” 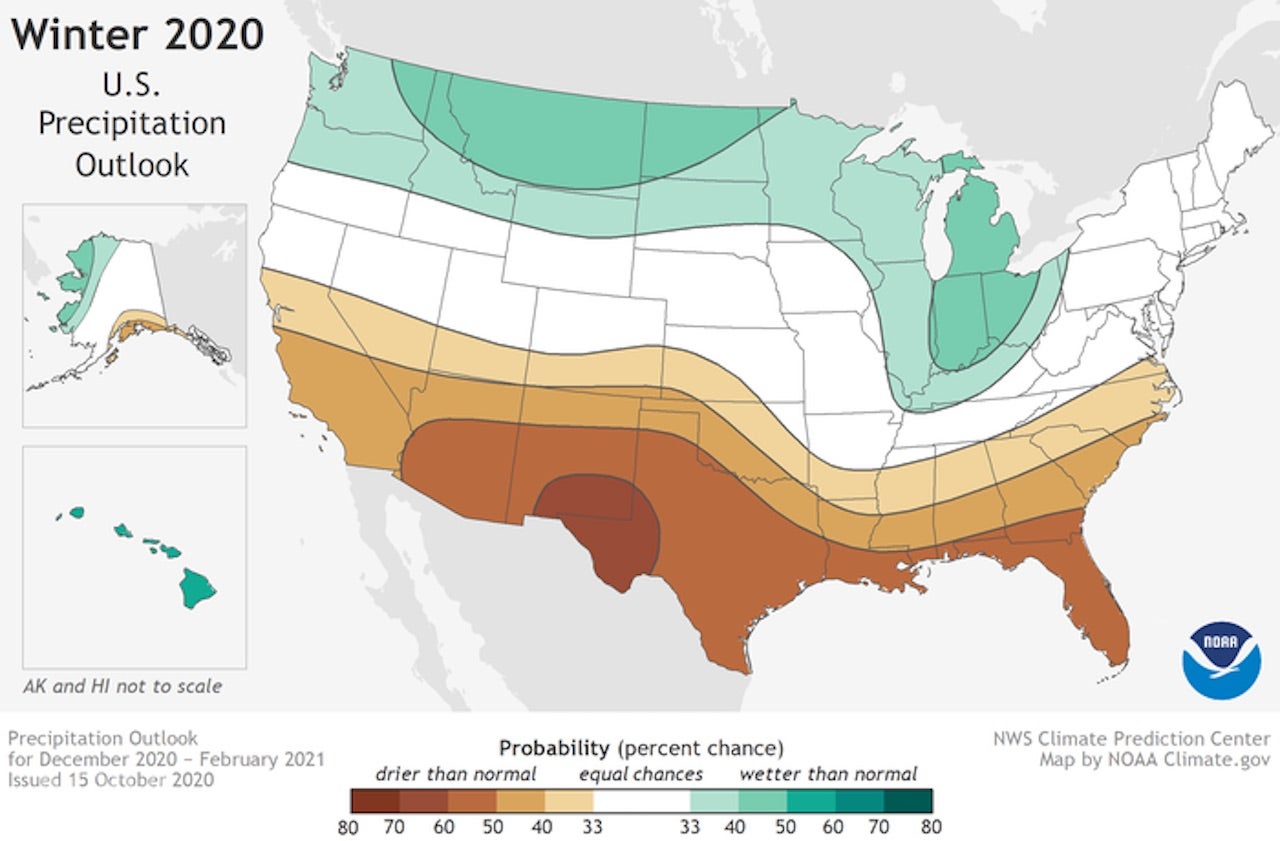 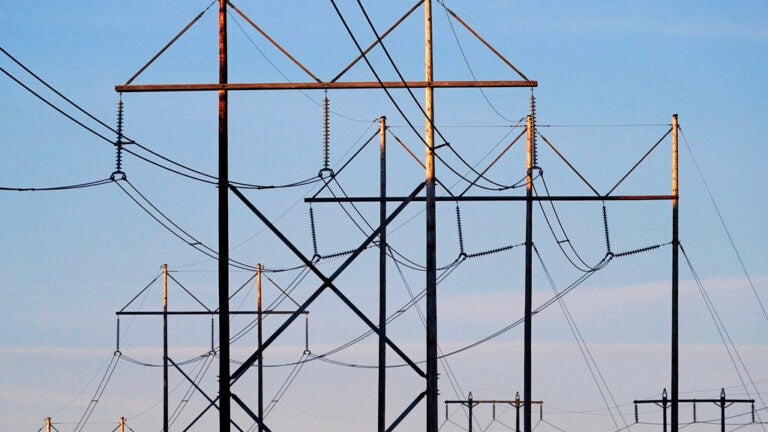