Massachusetts saw its first snowfall of the season on Friday, and according to forecasters, much of the state saw at least an inch of the white stuff accumulated before lunch.

According to the National Weather Service the snow is predicted to taper off by early afternoon as the storm “moves off to our east.”

“As the snow ends, temperatures will rise a few degrees later this afternoon, so no lingering impacts on the roads are expected,” forecasters wrote.

Before noon, more than 2 inches of snow had accumulated in Worcester, with higher totals reported in the northwestern part of the state and about an inch in the Boston area.

[1115 AM] Here’s a first look at the preliminary snowfall totals across the region. Thanks for all your reports so far and keep them coming! @WX1BOX #snow #MAwx #RIwx #CTwx pic.twitter.com/4goV6ivWmb 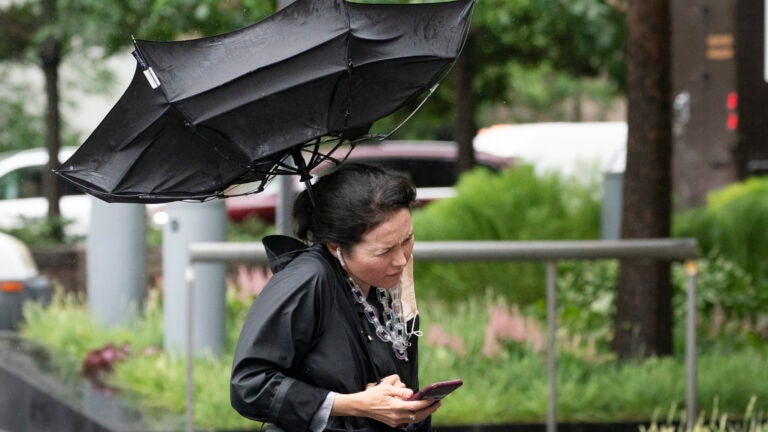 How — and when — Tropical Storm Elsa will impact Massachusetts today