The week may have started with record warm spikes, but wintry weather is on its way to Massachusetts.

First, the National Weather Service is forecasting the state will see “minor” snow accumulations on Monday during the late morning and afternoon.

Here is an estimated timeline of rain/#snow overspreading the region later this morning & afternoon. Only minor accumulations with a coating to an inch likely, perhaps up to 2 inches across the hills of Northern #CT & northwest #RI. Most snow on non paved surfaces. #Winter #MA pic.twitter.com/KaBZIGXzj1

The snow totals will likely be between a coating to an inch in most spots, with a few locations potentially seeing 2 inches.

“Much of this will accumulate on non paved surfaces, with main roads remaining wet as temps will be at or above freezing,” service meteorologists said. 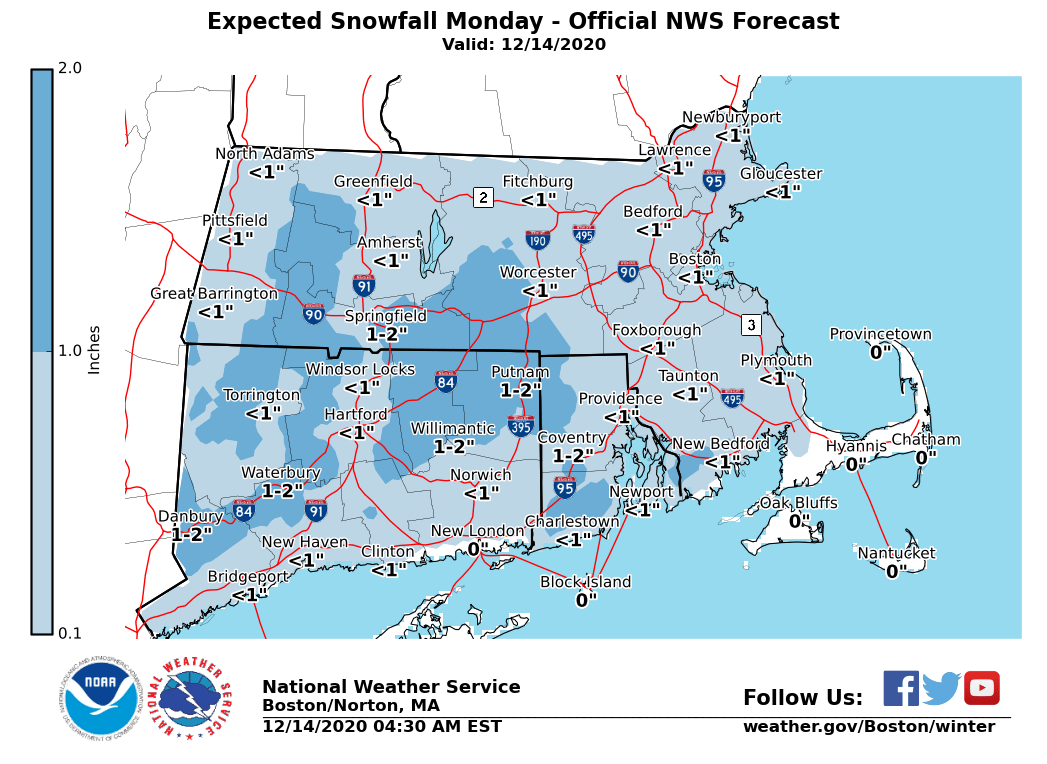 A more significant storm will arrive later in the week, according to the service. 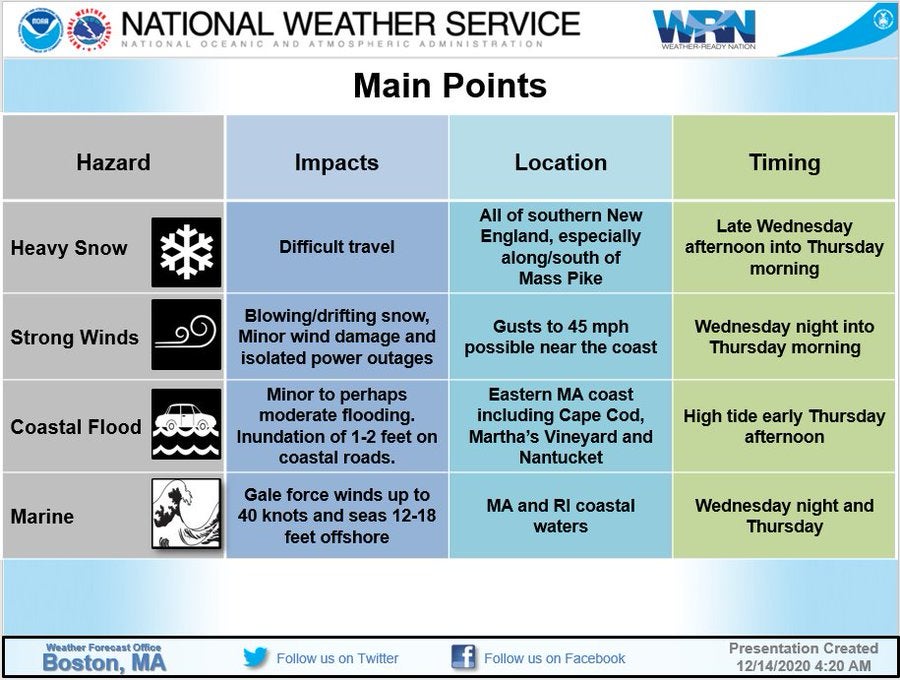 The heaviest snow is most likely for southeastern Massachusetts.

“It does look like the best chance for seeing 6-12″ of snow is along and south of the Mass Pike with 2-6″ north of there, but again, this may shift in later forecasts,” service forecasters wrote. 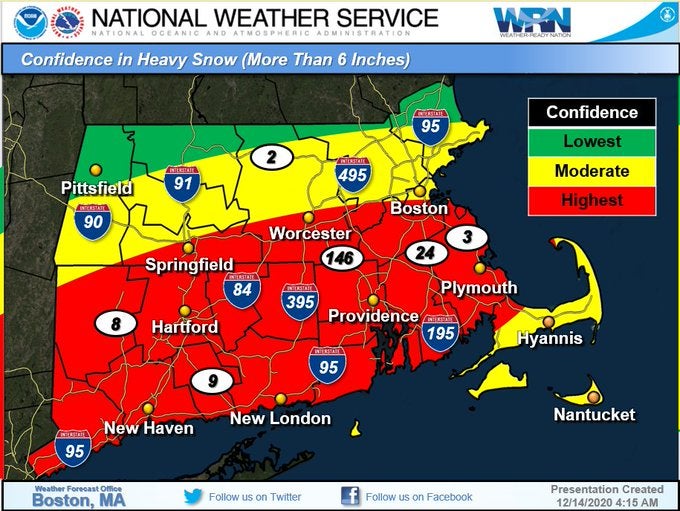 Service meteorologists said there isn’t enough yet to merit issuing winter storm watches for the mid-week storm, but they are watching the system closely as it approaches. 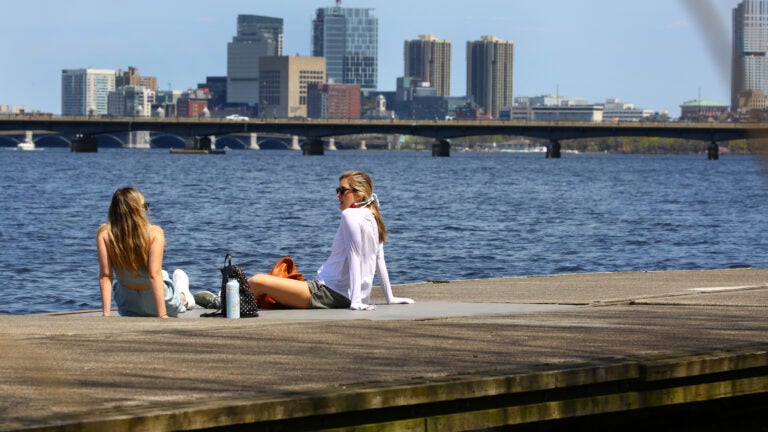 Here’s what to expect from Thursday’s weather forecast