The winter storm came as advertised for much of the Boston region, and while many inland areas have seen substantial snowfall totals, coastal locations received far less snow. 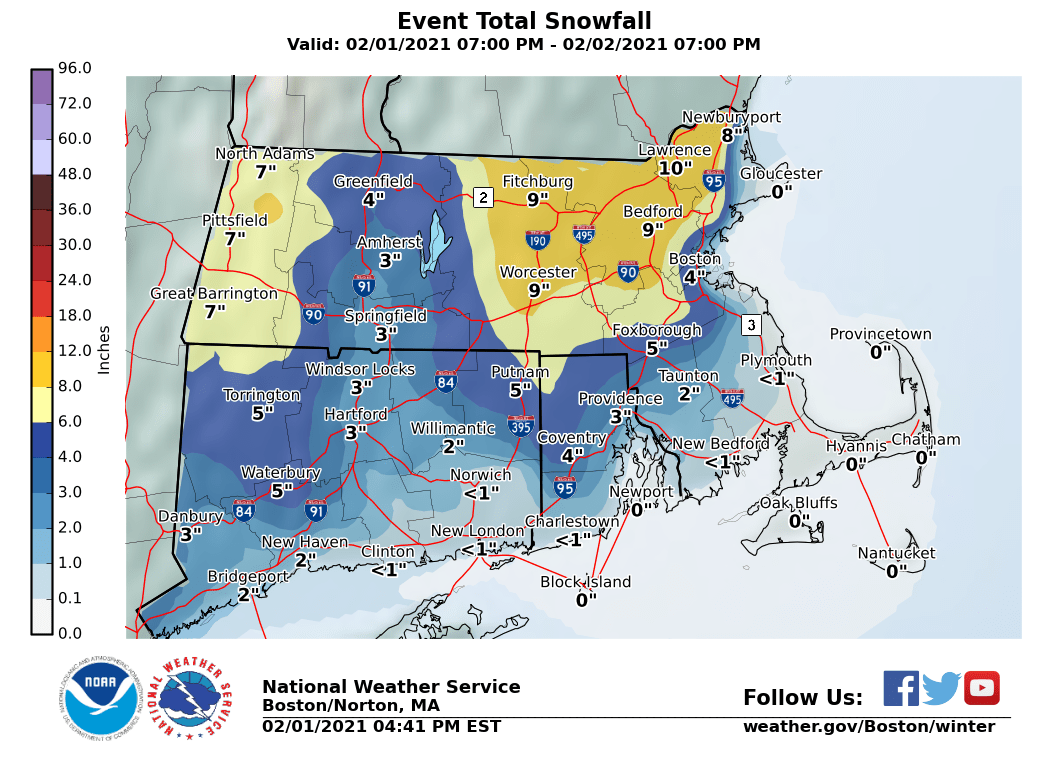 Here is an even closer view of the tight banding along the coastline. Fairly confident of inland numbers, but honestly those of you inside Route 128 will have the most variability. pic.twitter.com/lFw19cCtlE

Going to sharpen up the coast even more. Coastal boundary bringing in too much mild air near the water, and the opportunity for snow was the start of this storm. Won’t be getting any colder in those spots to make a difference. #wbz pic.twitter.com/TIyNbFM0tV

5pm MON Snowfall map….
A number of you provided feedback that it’s raining at the coastline… mad props for the feedback💯💯. Warm ocean air removes snow potential for coast.

UPDATED SNOW MAP: We appreciate all of the updates coming in, keep sending them our way! Warmer temperatures are nosing in along the coast, so we are seeing mainly rain here. Away from the coast, significant snow continues to fall. @kevinboston25 pic.twitter.com/I7QL4Jn2wo

Just coming up for air after all our newscasts. Been showing this updated map for snow. Send the plows home where there isn’t a color shade. #confoundedrain pic.twitter.com/NrvBvFpRAJ

SNOWFALL FORECAST…
Bulk of accumulation is from noon to midnight. Snow will change to rain quickly on the Cape and Islands then that rain snow line will lift over SE MA closer to Boston this evening holding totals down closer to coast #WCVB pic.twitter.com/CmvsHiAexK 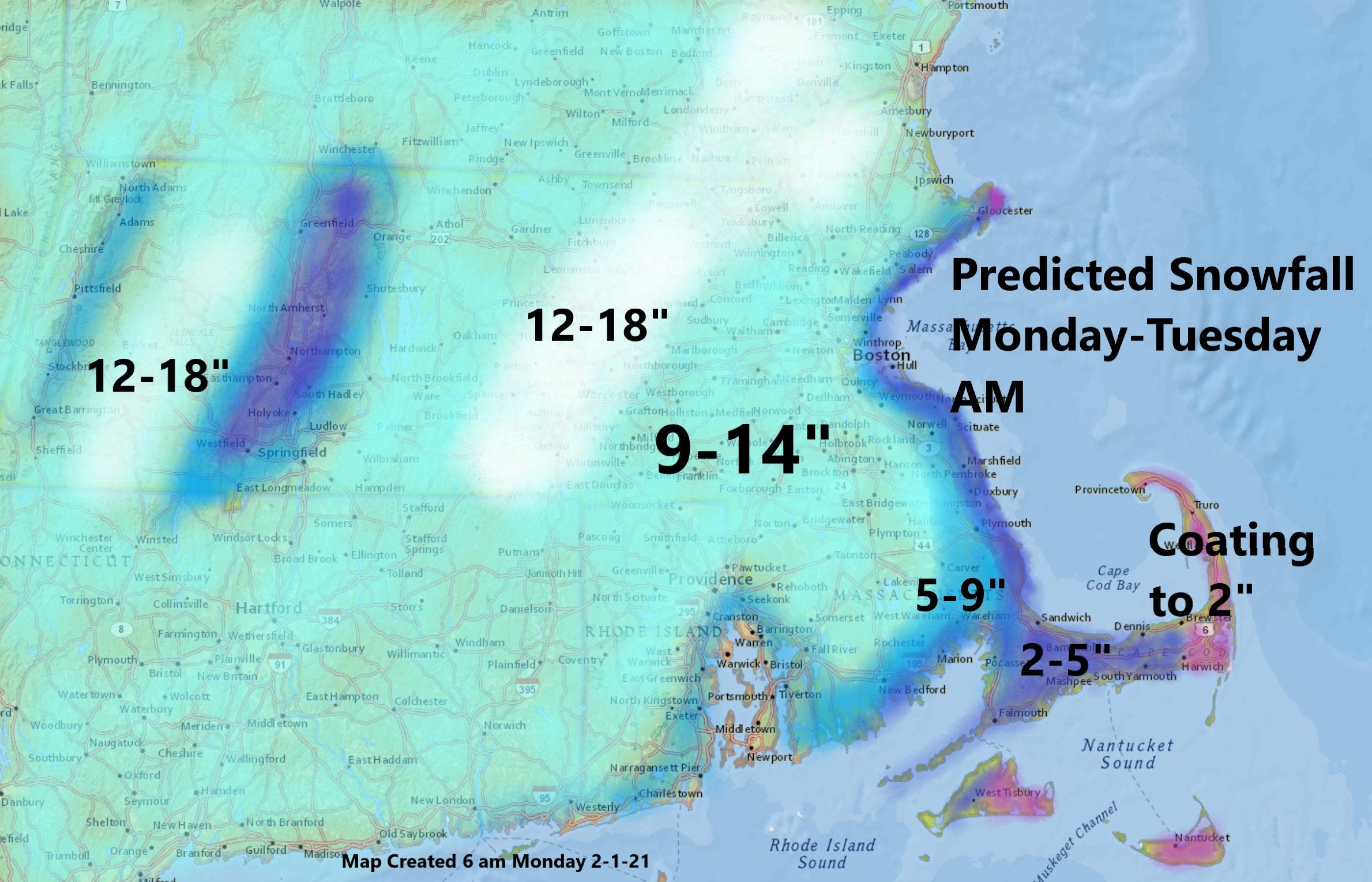 Some parts of Mass. will see up to 18 inches of snow