The Super Bowl Sunday storm left varying amounts of snow across the region.

“Quite a range in totals with only 1-2″ in northwest MA; while an intense band dropped 8-12″ from NE CT into parts of RI & SE MA.” the National Weather Service said on Twitter Sunday evening.

[Snowfall Map] A big thank you for all the snow reports today! We will continue to fill in this snow map based on your reports into Monday morning. Quite a range in totals with only 1-2″ in northwest MA; while an intense band dropped 8-12″ from NE CT into parts of RI & SE MA. pic.twitter.com/mZe8ntjkqZ 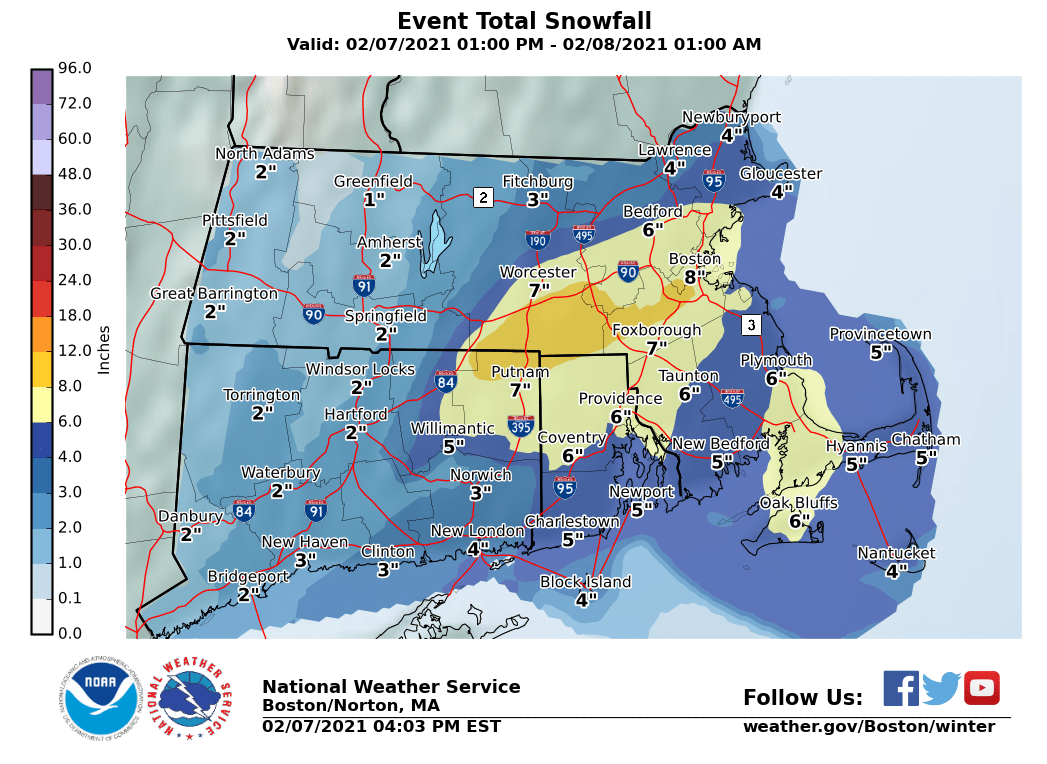 With Norwood over 10″ no reason to not put the foot total+ on the map for isolated areas. Happens in these banding situations that stall. pic.twitter.com/cv3W4xUxFq

Snowfall totals dropped off quite a bit outside of that heavy band of snow. pic.twitter.com/HHOvrdhs0F

A look at some of the snow reports from around the region today. #wbz pic.twitter.com/qjrEHI3JPU

The heaviest snowfall today was south west of Boston around Norfolk. A band of snow set up from 1:30-3:30 and dropped snow at the rate of over 3″/per hour. #wcvb pic.twitter.com/phrhLUsUh9

‼️❄️ Another *big* bump in snow totals. A band of 3-4″/hr snowfall rates is nearly stationary over the band of “blue.” 9-12″+ in that area. @NBC10Boston @NECN pic.twitter.com/IzYj0OxVwh 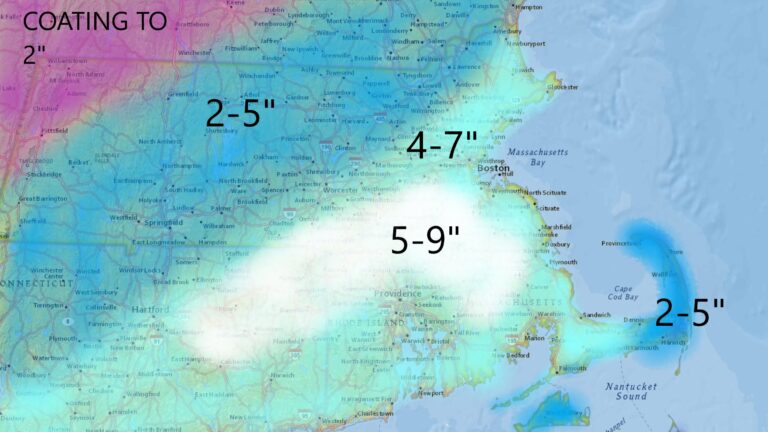