Thunderstorms rumbled across Massachusetts Tuesday, wreaking some havoc that included a Webster house fire triggered by a bolt of lightning.

The blaze broke out at a School Street home around 4:30 p.m. when lightning struck the chimney and attic, WCVB reports.

The chimney was torn apart, and flames engulfed part of the roof and attic, the Webster fire chief told the news outlet. No one was injured.

A Georgetown resident also told WCVB lightning struck her home on Lakeshore Drive, resulting in a hole burned through her roof. No serious injuries were reported.

And in Haverhill, a tree fell on a Salem Street home, WCVB reports. When it toppled over, the tree pulled down power lines connected to the house and caused some damage to the roof and porch, according to the news station. No one inside was injured.

The National Weather Service is forecasting more storms for Wednesday, as a heat wave that has engulfed the region since late last week is expected to lift.

According to the weather service, scattered storms are expected to develop in the early afternoon and “move southward between 3 and 7 p.m., off the coast tonight.”

In Boston, another scorcher was on tap Wednesday, with a forecasted high near 91 degrees, the weather service said.

A heat advisory was scheduled for between noon and 8 p.m.

By 9 a.m., 80 degrees had already been recored at Logan International Airport.

But temperatures were expected to plunge Wednesday night, with a low of 64 degrees in the city.

Long-awaited relief from the heat is slated to arrive Thursday, with forecasted highs near 76 and a low around 54. 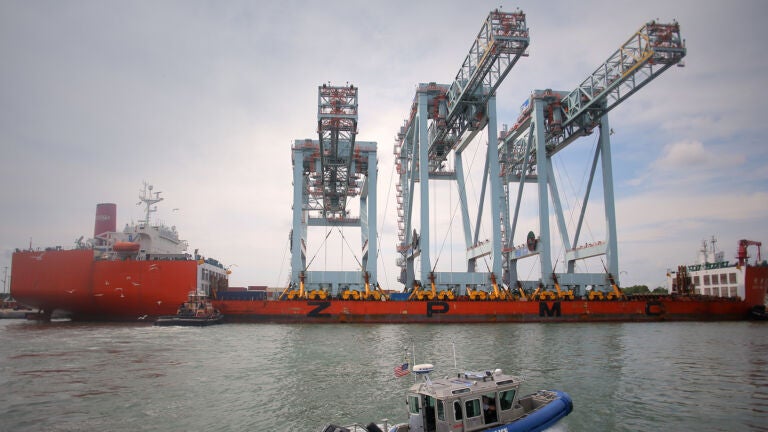