July is usually a fairly stable month unless we get severe weather. Typically temperatures don’t vary a lot; readings are in the 80s most of the time during the day and in the 60s at night. Temperatures will rise into the 90s during a heat wave, and a cool, refreshing day will see high temperatures in the 70s.

However, late June and so far this month have been much more extreme. After that 100 degree reading to close out June, last week saw high humidity before heavy rain arrived. This brought an end to the heat — and then the opposite occurred with much cooler-than-average temperatures.

The high Saturday was only 60 degrees and marked only the 10th time since 1872 that the high had only reached 60 during the month of July. The cool weather will come to an end Monday as temperatures will get back into the 70s.

Depending on your tolerance for heat, Monday may be the nicest day of the week. A warm front will move through overnight tonight, bringing back the humidity and the heat. Temperatures for Tuesday and Wednesday will be right around that 90 degree mark again, and with the humidity it may feel well into the 90s on Wednesday with heat advisories possible.

Along with the heat and humidity, we will see the chance for showers and storms. As the atmosphere becomes more unsettled Tuesday afternoon, some of these storms could reach strong to severe levels with damaging winds a possibility. In these situations the severe weather won’t be widespread but if you get one of these severe storms it can definitely cause problems.

There’s still a chance of showers and thunderstorms for Wednesday as well, but the bulk of the day will just be sunny and hot. It will be a nice day at the beach. Look for high tides late in the morning.

For Thursday and Friday there’s a few elements in play. A frontal system will stall to the south of New England, allowing the development of showers most likely Thursday afternoon and into Friday. Depending on the interaction of Elsa, some of these showers could be heavy but it’s unlikely that we’re going to see anything more than significant rain. Temperatures will fall back into the upper 70s to around 80 at the end of the week. This means no official heat wave as we would need three 90 degree days in a row for that to occur.

It’s too early to commit to the upcoming weekend but generally it’s looking seasonably warm and humid. I can’t yet rule out any shower activity. One thing is for sure: If you have an irrigation system it’s a good idea to turn it off. As long as we continue in this pattern of regular rain there’s no need to be wasting water and it’s actually better for your lawns to not be too wet. 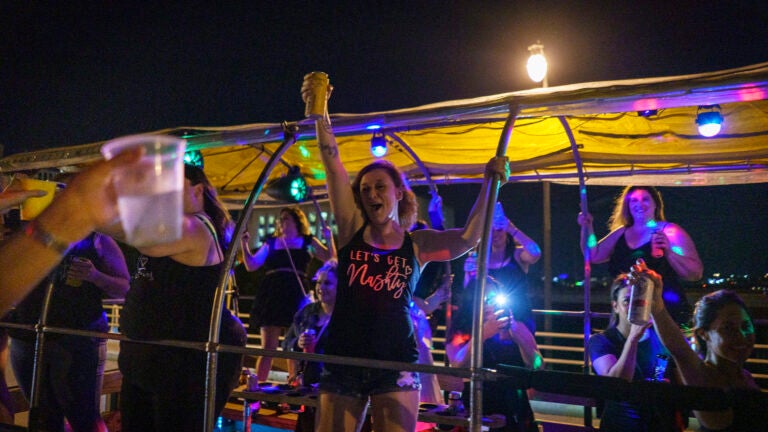 In the heart of Nashville, rolling parties rage at every stoplight