NEW YORK — For about a year, Roberto Bravo lived in a windowless bedroom in a Brooklyn house owned by his brother, a dark basement unit he tried to cheer up with personal mementos: a photo of himself in a tuxedo surrounded by friends, and a flag of Ecuador, his home country, that he hung on the wall.

On Wednesday night, the apartment turned into a death trap as water gushed into his unit and quickly overwhelmed him.

He screamed for help — “Ayúdame por favor,” “Please help me” — as the water climbed to the ceiling. He never made it out.

Cramped basement apartments have long been a prevalent piece of New York City’s vast housing stock, a shadowy network of illegal rentals that often lack basic safety features like more than one way to get out, and that yet are a vital source of shelter for many immigrants like Bravo.

But after Wednesday’s record-shattering rainfall, the underground units turned into tormented scenes of life and death: Of the 13 people killed so far in New York City in Wednesday’s storm, at least 11 were in basement units, nearly as many dead as in Louisiana, where Hurricane Ida made landfall earlier this week.

That people living in illegal basement apartments face danger is not new. But while the worry has traditionally focused on fires or, to a lesser degree, carbon monoxide poisoning, climate change has now made these low-lying homes increasingly treacherous for a different reason: the likelihood of deadly flooding, when a wall of water blocks what is often the only means of escape.

“If there was ever proof that we need to address this basement issue, this is it,” said Annetta Seecharran, executive director of the Chhaya Community Development Corp., a group that works on housing issues for low-income South Asian and Indo-Caribbean New Yorkers. “We’re going to continue to have these climate-related issues.”

The floods on Wednesday have placed fresh scrutiny on New York City’s regulation of basement apartments. Because most are illegal, there is no reliable count of how many exist, but the number is likely in the tens of thousands.

In one of the most expensive housing markets in the world, they have offered low-income New Yorkers, including many working-class families who work in restaurants and hotels, affordable places to live. The basement apartments also provide some extra income for small landlords, many of whom are also immigrants.

“In most places if you have a house and your basement is big enough, most people are renting out their basements,” Seecharran said.

This week, however, as rain inundated New York, harrowing scenes played out in those basements.

Deborah Torres, who lives on the first floor of a building in Woodside, Queens, said she heard desperate pleas from the basement apartment of three members of a family, including a toddler, as floodwaters rushed in. A powerful cascade of water prevented anyone from getting into the apartment to help — or anyone from getting out. The family did not survive.

At a home in Forest Hills, Queens, floodwater burst through a glass sliding door into a basement apartment, pinning Darlene Lee, 48, between the apartment’s steel front door and the door frame. The property manager, Patricia Fuentes, heard Lee screaming for help, as others tried to free Lee while the waters rose. But they could not save her.

There have been long-standing problems with regulating such apartments. The law governing these apartments is complex, and includes rules that say a basement’s ceilings must be at least 7 feet 6 inches high and that living spaces must have a window. The city must approve apartments with a certificate of occupancy before they can be rented.

But more than half of the cases were closed after an inspector couldn’t gain access to the dwelling, a New York Times analysis of buildings department data shows.

More than 77,000 of the complaints were in Queens, where at least 59% of cases were closed without inspectors gaining access — the highest rate of any borough.

At one home in Queens, where an 86-year-old woman was found dead in Wednesday’s storm, city records also showed two complaints of illegal basements in 2012. The complaints were closed after city building inspectors could not gain access to the basement.

A spokesperson for the city’s Department of Buildings said inspectors were required to make two attempts at gaining access to a property before the case can be closed. Tenants also have the right to deny entry, the spokesperson said.

In many cases, tenants or homeowners may not have an incentive to report any issues with safety because of a fear of getting fined or losing the home, said Jessica Katz, executive director of the Citizens Housing Planning Council, a nonprofit housing group.

She said the storm’s toll “highlights the housing crisis that we have that leads people to have to live in unsafe conditions in the first place, a code enforcement system that’s complaint-driven that wouldn’t necessarily be able to meet the needs of these tenants in such a situation, and a set of codes that make it very difficult to make the apartment safer.”

The office of Mayor Bill de Blasio did not answer questions about the city’s response to illegal basement homes on Thursday. But a City Hall official said anyone living in a basement apartment could call 311 or 911 to report issues without fear of being vacated, unless there were pressing life safety dangers. The official, who declined to be identified, said the city would announce additional measures on Friday.

Seecharran said that because of the growing need for affordable housing in New York City, and because many lower-income homeowners need supplemental income, people would continue to seek homes in basements, regardless of whether they were illegal.

“We need to bring basement apartments out of the shadows and into the light,” Seecharran said.

The city recently launched a pilot program in East New York, Brooklyn, designed to help people convert illegal units to legal, rentable apartments that meet safety standards. That program is ongoing but had been slowed by budget cuts during the coronavirus pandemic.

De Blasio called for legalizing basement units by helping homeowners with regulations and costs for conversion. Eric Adams, the Democratic nominee for mayor who is favored to win in November, also has expressed support for legalizing those units.

It is not clear whether all of the homes where people died during the storm on Wednesday were illegal units, but many have a history of complaints and violations of city code.

At the Woodside home, a certificate of occupancy shows that the basement had not been approved for residential use. At another home near Jamaica, Queens, where a 45-year-old woman and a 22-year-old man were found dead, a complaint claims that the space had been illegally converted to a residential space.

A spokesperson for the Department of Buildings said earlier Thursday that the agency was investigating the deaths, but did not have “any records of any previously issued violations at these properties related to illegal conversion issues.”

As the rains stopped and the sun shone, many residents of basement apartments in wide swaths of Queens were displaced and trying to find shelter. Property owners were struggling to access aid that could help them repair their homes and prevent mold or other problems from arising, Seecharran said

“The damage has been done to countless basements, and for many people the basement is their home,” Gov. Kathy C. Hochul said at a news conference. “This is not a lower level where people have a game room, this is their home, and that’s what’s happened, so now we have a homeless situation, people who have to be in shelters.”

At the basement apartment where Bravo, 66, lived near Cypress Hills, Brooklyn, his brother, who owned the building, cleared out the debris on Thursday brought in by the floodwaters.

Bravo had served in the Ecuadorian army before immigrating to the United States in the 1980s, according to his brother Pablo Bravo. Roberto Bravo used to work in construction and paint homes. In recent years, however, he had gotten divorced and his health had deteriorated.

He walked to a senior center every day to eat and socialize, according to Walter Reyes, 68, who took care of him on many days. Asked if he knew whether the apartment was legal, Pablo Bravo said a building inspector told him it was not.

“I thought I was helping a family member,” he said.

Another tenant, Ricardo Garcia, 50, who works construction, said he pays $500 a month for his room in the home. He said he found out about the place from a friend.

Oliver De La Cruz, 22, a delivery driver, heard about another basement room from his cousin’s husband. De La Cruz said he never considered whether the apartment might be illegal.

He said he also never considered — or was warned about — the possibility of a flood and having to struggle to save himself.

He said he would never live in a basement apartment again. 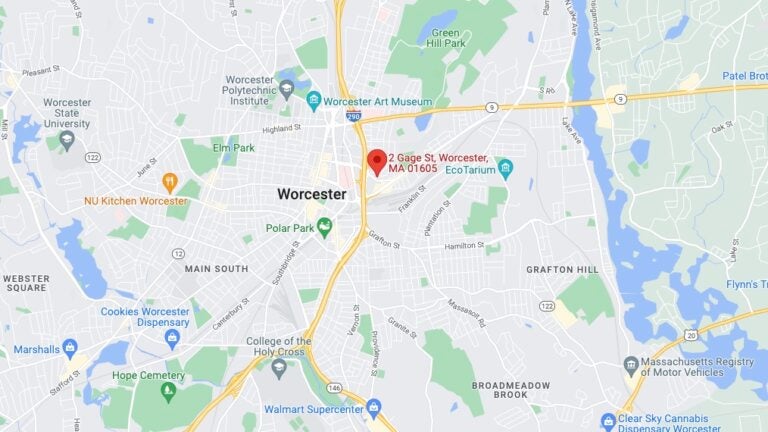 Woman charged with setting fire at apartment that killed 4