As we head into the home stretch of November, temperatures are running about a degree and a half warmer than the 30-year average. But with a Santa Claus air mass on the way, the weather could flip to negative temperatures before month’s end.

If you’ve already stepped outside Monday morning, you likely noticed that it’s mild, with temperatures still in the 50s. There were a few downpours and even the rumble of thunder overnight, but the rain is over now, with some breaks with sun possible later on.  A cold front pushing east will not only put an end to this round of mild air once the front is offshore and a new air mass arrives, but it’s also the beginning of a step down into feeling like December-y temps. Tuesday and Wednesday will be cold this week, and after a well-timed break for the holiday, things will again turn chilly over the weekend. Highs Tuesday and Wednesday remain in the low- to mid-40s after hard overnight freezes.

Sorry, but I’m going to have to introduce some wind chills into the forecast for Tuesday night and Wednesday, when it will feel like it’s in the teens, especially in the morning Wednesday. Skies will be bright, but the wind will be noticeable, keeping that chill ever-present for the day.

Boston hasn’t gone below freezing this season yet, and there’s a 50-50 chance it happens by Tuesday morning. There’s a nearly 100 percent chance it occurs Wednesday morning. All of us will wake up to temperatures in the 20s and even a few teens to the north. Despite of the December chill, sunshine will be plentiful Tuesday and Wednesday.

Thanksgiving itself will be beautiful. Well, it won’t be 70 degrees. It’s going to be in the mid-50s along with relatively light wind and plenty of sunshine. Spectators will be comfortable at traditional football games, and it’ll be a nice afternoon and early evening for a stroll.

Another cold front is going to come swinging through on Friday. This will usher in another shot of cold air for the weekend and much of next week. This air mass will have a little more sustaining power — it’s probably time to get the driveway stakes in the ground before it really freezes up.

Finally, if you’re wondering about snow, most of the area typically receives at least an inch or two during November. With the exception of a few ocean-effect snow showers on Cape Cod Tuesday night and early Wednesday, and perhaps a few snow showers in the Berkshires, I don’t see any more snow in the forecast for now — meaning this year, we’ll have to wait until December for the white stuff. 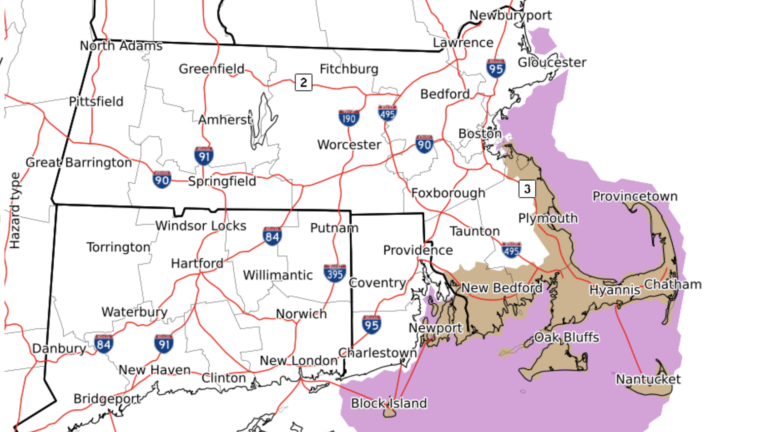 Here’s what meteorologists are saying about the upcoming ‘weather whiplash’