January is living up to its reputation for busy weather this year.

Over the next few days we’re going to be watching two weather events, one of them simply a cold blast and the other a strong storm.

Speaking of storms: We are going to miss a big ocean storm on Friday as it passes hundreds of miles to the east of New England. It will come close enough to bring some rain and eventually snow showers to the Cape and Islands Friday and there could be some minor accumulation. It’s not impossible that Boston sees a snow shower tomorrow, but rather than bring us significant precipitation, this storm is going to usher in another blast of Arctic air.

As the storm pulls into Eastern Canada, a strong flow of cold, dry conditions will envelop New England. Unlike the cold at the beginning of the week which only had some wind, this cold is going to bring a lot of wind. I actually think that the wind chill values are likely to be lower Saturday than at the beginning of the week. Temperatures during the afternoon on Saturday will stay in the 10-degree range in the coldest areas, reaching the mid-teens in Boston and points south.

Along with the wind you should expect it to feel below zero for most if not all of the day. In the morning, some areas could see wind chill readings at 15 below zero, and a wind chill advisory may be needed.

Temperatures will drop to the single digits Saturday night and recover into the 20s Sunday — still below average for the time of year. It’s this cold air that will be in place for our next storm system Monday.

This is a long path storm. In other words, its origins in Canada will allow it to produce precipitation from the Dakotas all the way into New England. The map below shows the current forecast track of the storm, but keep in mind the forecast can oscillate significantly as we get closer to Monday. These snow numbers can be dramatically wrong this far out from a storm, but it gives you an idea of the potential for those areas that do see all snow.

As the storm approaches New England, the exact track will be critical. If the storm were to take a more inland route we would have a fast change over to rain along the coastline, including Boston, with not much significant snowfall. If the storm takes a more eastern track and allows cold air to remain in place longer, the chances of significant snowfall increase for Greater Boston. Presently I’m leaning towards more of an inland and mountain snowstorm rather than one along the coastline. This doesn’t mean that between now and Monday the track won’t change, which would mean more snow for Boston. As they say, stay tuned.

The reliability of the forecast increases with each passing day, and we will certainly have a better idea over the weekend of what you can expect for Martin Luther King, Jr., Day. 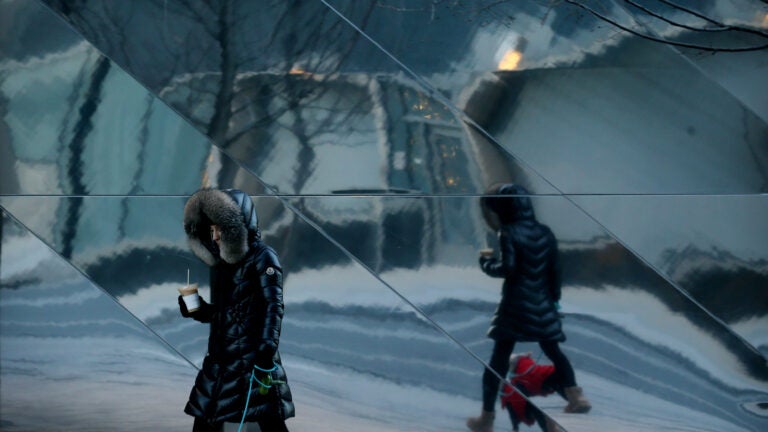