It’s going to feel very hot in Massachusetts the next couple days.

The National Weather Service is warning that the “oppressive” heat and humidity that arrives Tuesday will be with us through Thursday, in what could be the area’s first heat wave of the season (defined as at least three consecutive days of 90-degree temperatures).

“After an extended stretch of almost early fall-like weather, summer has returned with a vengeance, and appears here to stay at least through the end of July,” the service wrote.

In Boston, Mayor Michelle Wu has declared a heat emergency over the anticipated temperatures.

Usually, normal highs for mid-to-late July are in the low or mid-80s. But forecasters said to expect “multiple days” in the 90s away from  the coast.

On Tuesday, temperatures could reach between 90 and 95 degrees, and forecasters said there is a low risk for isolated brief showers or thunderstorms in northern parts of the state during the early evening.

The temperatures could climb even higher on Wednesday and Thursday.

Forecasters are predicting it could feel as warm as 100 degrees in Springfield and 96 in Boston on Wednesday.

The service has issued a heat advisory for most of the region, where heat indices could reach between 95 and 102.

“Be sure to stay hydrated and look out for one another!” forecasters wrote.

The sweltering conditions will continue Thursday, which may also see another round of showers and thunderstorms. 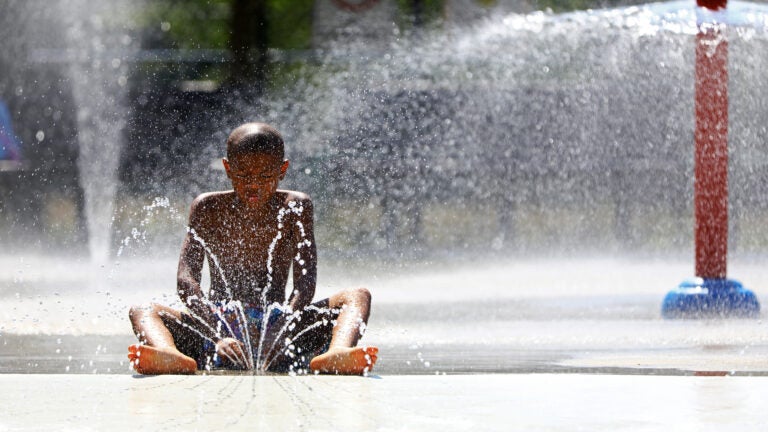