Alas, after weeks of unseasonably warm days, winter may finally be upon us (or at least normal fall temperatures).

Following a stretch of cool temperatures early this week, the first snow event of the season could impact parts of Massachusetts on Wednesday morning.

National Weather Service (NWS) Meteorologist Torry Gaucher said the cold weather was introduced Sunday as the rain came through, signaling the arrival of colder air that came down from Canada.

Gaucher said most of the week should be at or a little below average temperatures for this time of the year. The high each day will be in the high 40s to 50 degrees, with lows overnight in the low to mid-30s.

“It’s also going to feel a bit cooler than it actually is, because we’re going to have some breezy northwest winds,” he said. “So it’s not going to be frigidly cold out there, but it’s going to feel cooler than the actual air temperature.”

The next weather system will hit overnight Tuesday, according to the NWS, probably beginning between 8 p.m. and 10 p.m. and ending by the morning commute.

“That will likely be bringing some of the first snow for interior Massachusetts,” he said.

Areas west of Route 495 but north of the I-90 will have the greatest likelihood of seeing some light snow accumulation, Gaucher said. The most snow will be seen in the higher terrain of the northern Worcester hills and in the northern Berkshires.

People who live in those areas may have to dust off their cars Wednesday morning, Gaucher said. But closer to 495 and the Mass Pike, we will only see light snow, maybe a dusting.

“It’s going to be difficult for snow to stick especially because it’s been so warm. Ground temperatures are warm,” Gaucher said. “So as that snow starts to accumulate on the roads, it’s likely going to melt. Most of the stuff that actually does stick and accumulate will probably be on the grassy surfaces, the top of cars, those kinds of surfaces.”

Berkshire and Franklin Counties could get up to 2 inches of snow in places, according to the NWS. Hampshire and Hampden Counties, as well as the western part of Middlesex County, could see up to an inch. The rest of the state is unlikely to see any snow.

“Some of the higher elevations, like the northern Berkshires, may still be dealing with some mixed precipitation, but for the vast majority of people, they’ll be dealing with rain come Wednesday morning,” Gaucher said.

The rain will continue through Wednesday, tapering off mid-afternoon, according to the NWS. The rest of the week should be clear with highs in the mid to upper 40s and low to mid-30s.

But things could change, and you should keep checking your local forecast, Gaucher said.

“Especially with any early winter event, it’s always good to continue to monitor the forecast for any updates,” he said. 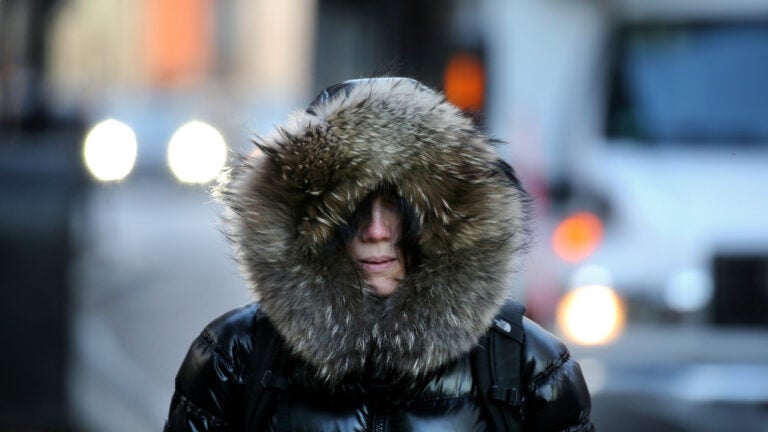 What to know about the ‘brutally cold’ temperatures arriving this week